Virtual Reality (VR) is is increasingly becoming very common among the young generations. Oculus Quest is another device featuring VR and offers a full standalone headset with room-scale tracking for a price of $400.

The new VR device looks like a minor upgrade in terms of design to its predecessor Oculus Rift. The body of the device is covered in tough fabric with adjustable straps on its top and sides, so you can comfortably fit it on your head. There is also an Inter Pupillary Distance (IPD) slider on the bottom of the VR to adjust the lenses surrounding your eyes for better display.

The Oculus Quest has built-in speakers removing the need for headphones. However, there is still an option to use your audio device thanks to the audio jacks present on its left and right corners. The device is powered by a Snapdragon 835 chipsetand runs on Android OS having a resolution of 1600*1440 with a powerful 72 refresh rate.

The Pros of Oculus Quest

The Oculus Quest comes with touch controllers, which are exactly the same as Rift’s, having two triggers on the handle along with clickable joysticks. Additionally, there is also a built-in tracking ring on the controller to detect finger movements allowing the device to see and read your actions. Even though the feature is a bit difficult to control, it is still impressive when it comes down to playing high-end games.

As a final verdict, Quest might not have the same performance as Oculus Rift and other PC-based VR, but it still is one of the best self-contained headsets you would want to try. 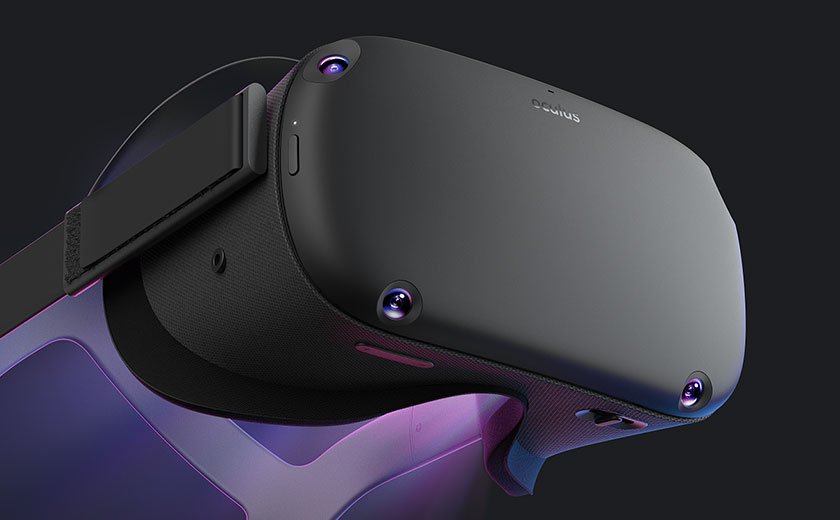