NVIDIA had announced in May an insanely powerful GPU called the A100. Cards that use this GPU are designed for data center systems. NVIDIA, however has put 4 of these GPUs in the company’s own DGX A100 Workstation

NVIDIA announced today the availability of the DGX Station A100. It comes with four A100 GPUs, each having up to 80GB of VRAM. If you choose that one, you’ll have 320GB of GPU memory at your disposal.

Lets just stop and think about that for a moment. 320GB of video memory. I remember back in the day when 128MB, with an M, was a TON of video memory. Of course this is a super expensive, high-end workstation, but still. You can get one.

NVIDIA says that the DGX Station A100 offers ‘data center performance without a data center.’ So, it doesn’t require high-voltage electricity or any of the other support infrastructure usually required by such capable compute hardware. Inside the workstation you’ll find a 64-core AMD CPU with 512GB of RAM. It’s also got 7.68TB of NVME Sold State storage. A single DGX Station A100 provides up to 28 separate GPU instances for multiple users access or parallel jobs. 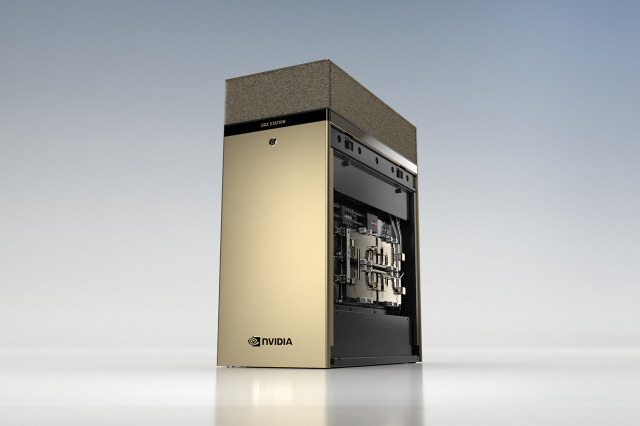