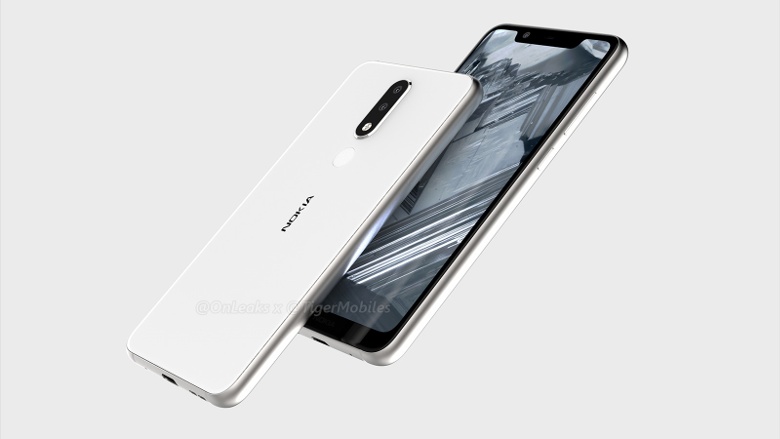 The CAD renders informed about some interesting features and specification of the device, and at the same time, a 360-degree video of the device also surfaced online. As per the report, with the expected dimension of 149.5 x71.9 x 8mm the device will carry a 5.7 inches display.

As per the CAD renders, the device will come with a metal body structure. With the Nokia X6 like notch, the aspect ratio will be 19:9. The notch looks quite big and there will also a big chin at the bottom of the device. For these, the Nokia 5.1 Plus looks taller.

The source which provides the images and videos of the device has been providing correct information about the upcoming devices. But here it is important to state that the renders are developed based on the factory CAD drawing. So, the real device may vary from these leaked images. Well, the user can expect some interesting features and specifications of the device like dual rear camera setup on the rear side, with LED flash. The device may offer a fingerprint scanner on the backside.

Other rumors have suggested that the device has a USB Type- C port. The back side of the device is covered with glass. On the bottom of the device, there will be a speaker and microphone. On the top side, there will be a 3.5mm audio jack and a secondary microphone. Both the top and bottom side user can see the antenna lines. It is expected that the Nokia 5.1 Plus will be equipped with a MediaTek Helio P23 processor and will be priced under mid-range category devices.

It may be noted that just two weeks back HMD Global launched the Nokia 5.1. So, it can say that this high-end variation will not come to the market very soon. Some rumors informed that HMD Global would launch the Nokia 5.1 Plus at IFA 2018. It will be held on 31 August 2018. However, for now, HMD Global has not confirmed this yet.