HMD global is the brand which works in the backend of the Nokia base and regulates all the authorities of Nokia devices such as Smartphones and many others. It is now getting great deals in the market for the users so that they could get the feature which you want in the smartphone. The Nokia is out with the new Nokia 3.1 which just cost around $150 which is a great deal in the market.

About the display and many more

This Nokia 3.1 Plus has the best design and it looks completely stunning with the great price. This smartphone is much better than other smartphones launched by Nokia to date and will surely have good results now. The interesting thing which this smartphone is having is the vertical camera setup as well as a fingerprint sensor on the back which will attract the user which is for sure. The most interesting thing which this smartphone has is the blue and matte look which will surely be the one in the market and will give the great look for the user as well. The smartphone has many features in it but also along with that it should also have a good design and looks. 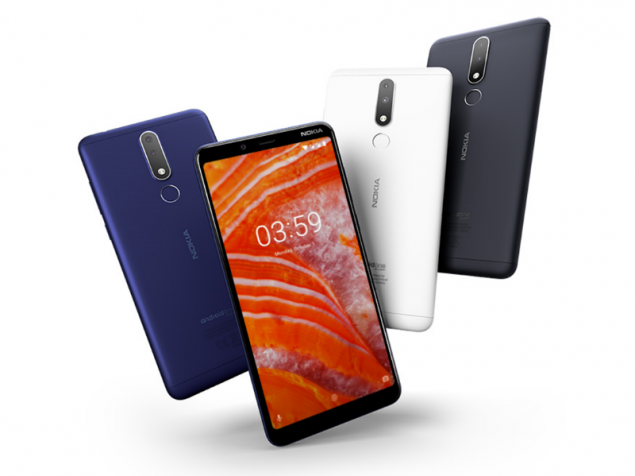 One thing which HMD global itself confirms is that the new Nokia 3.1 Plus has an aluminium frame of polycarbonate rather than glass frame which also looks stunning and give a fantastic look to the smartphone. Glass frame are also good but sometimes they are bad because of the breaking of glass and having cracks like structure over it, therefore, Nokia 3.1 Plus is playing great with its design and rear frame segments. Earlier also if you were gone through any Nokia smartphone, they are rough in design and model, they have the capacity to survive for a longer period of time. Therefore the same goes for the new smartphone which is mentioned above. It has the same rough model which can be unbreakable sometimes and will also be work for a long time period.

The best thing which the user will be experienced with this phone is that the Nokia 3.1 Plus is shaped with the edges in the round. This will straighten help the user to use with more comfortability and easily. This new smartphone by Nokia is having a great aspected ratio of 18:9. This ratio is too big comparing to other smartphones in the market in the size which will be getting great records in the market for it.

There were many reviews which all were out for the new Nokia smartphone, Nokia 3.1 Plus. They also said that the Polycarbonate shell is the good material and is also make dust removable from it. Nokia 3.1 Plus holds the great USB-C charging port which holds many features and connectivity with any another device as well. Also, Nokia smartphones don’t have the great storage option, therefore, they also give the option for the microSD slot so that the user can increase its storage option and along with it has a sim card slot which is bit obvious to be there.

HMD Global also mentioned that the new Nokia 3.1 Plus will not have an option for change of battery but it gives the new surprise to the user because on the top of the phone Nokia has added a headphone jack which is great. The best thing which HMD include in the Nokia 3.1 is the highly designed model with good looks and that too at a very low price. It is being said by the market itself that the design of this smartphone completely gives the idea of high price tag smartphone. This smartphone is the best because it has a great 5.99-inch IPS LCD screen.

The smartphone holds the earpiece with a Nokia logo and also with a selfie camera and the most attractive thing which is held in this device is the size of the bezels. As said above the screen of this smartphone has rounded corners. The screen of Nokia 3.1 Plus has the perfect 1,440 x 720 resolution. This resolution is clearly made for watching videos and movies for a long period of time with great effectiveness. But we must say that the display of this smartphone is no longer supportive in many such things which high price flagship has because when tested it was found that the viewing angles aren’t great because the colourful light and screen is slightly dull.

Something more about Nokia 3.1 Plus

This new smartphone has been launched by HMD global in the worldwide market with a good processor of Qualcomm Snapdragon 439 with 2 GB RAM which is slightly less but works great with few apps. There are many smartphones which are somehow slow in the processing if apps and playing games. This time Nokia is being a great position because even after having less RAM it has a good processor. The main reason for having good RAM smartphone is because of some multitasking which is somehow not supported in fewer RAM smartphones. There are many smartphones and people who use the phone for the complete day therefore for them higher RAM is needed for getting effective working and great use of it.

This Nokia 3.1 Plus has good internal storage of 32 GB which is great but also Nokia is giving you the option for getting more storage option by adding the microSD card and get your favourite images and videos in your smartphone itself. The expandable memory by which you can expand is having the limit of 256 GB which is a good option.

The best thing which you will love the most is that this smartphone is having less configuration but still having the latest version of Android software, yes the Android 9 Pie. If you are thinking to buy this then you are a great decision because of such a great android system and that too in a low-priced smartphone. The last thing which is left in the smartphone is that it has great 13 MP of camera with a pairing of 5 MP of camera. Whereas when we check the front camera it is of 8 MP camera and that too gives great pictures.