It’s been known quite some time now that CERN has plans to replace the LHC with a more powerful machine. The LHC (Large Hadron Collider) is an almost 17-mile wide particle accelerator. CERN’s governing council said it’s going to conduct a feasibility study to build an even larger collider that will be 80 to 100 kilometers wide. Not just one collider, but two of them in succession, would reach energy levels seven times greater than the LHC. The soonest the machine could break ground for construction would be 2040, though.

Ursula Bassler, who’s president of the CERN council and also a physicist himself, said there is “some pride of the member states of CERN [which is] the leading particle physics laboratory, and I think there is interest in CERN staying there.” The Director-General of CERN, Fabiola Gianotti, made sure that it was understood that no commitment had been officially made to build the new collider.

There has been some debate among physicists as to where to build the next collider. Talks centered in the early 2000s of an almost 19-mile-long linear collider that would smash electrons into positrons. This sort of machine would complement the circular LHC, which smashes circulating beams of protons that travel in opposite directions at nearly the speed of light. There are benefits to using each type of machine. Usually, a proton collider will reach higher energies and can lead to the discovery of new, heavier particles. The thing about protons is that they are made of constituent particles called quarks. As a result, they make messier collisions. Electrons and positrons, on the other hand are indivisible elementary particles, so their collisions are cleaner.

Particle physicists the world over are trying to come up with the next great machine. In 2012, the proton-smashing LHC discovered proof of the Higgs boson, which was the last particle predicted by the Standard Model of Physics. The Higgs boson provides an explanation as to how all other fundamental particles have mass. Now, physicists are wanting to build an electron-positron collider and more or less run it as a Higgs factory. They want to make the particle in large enough numbers to see if it behaves as predicted. 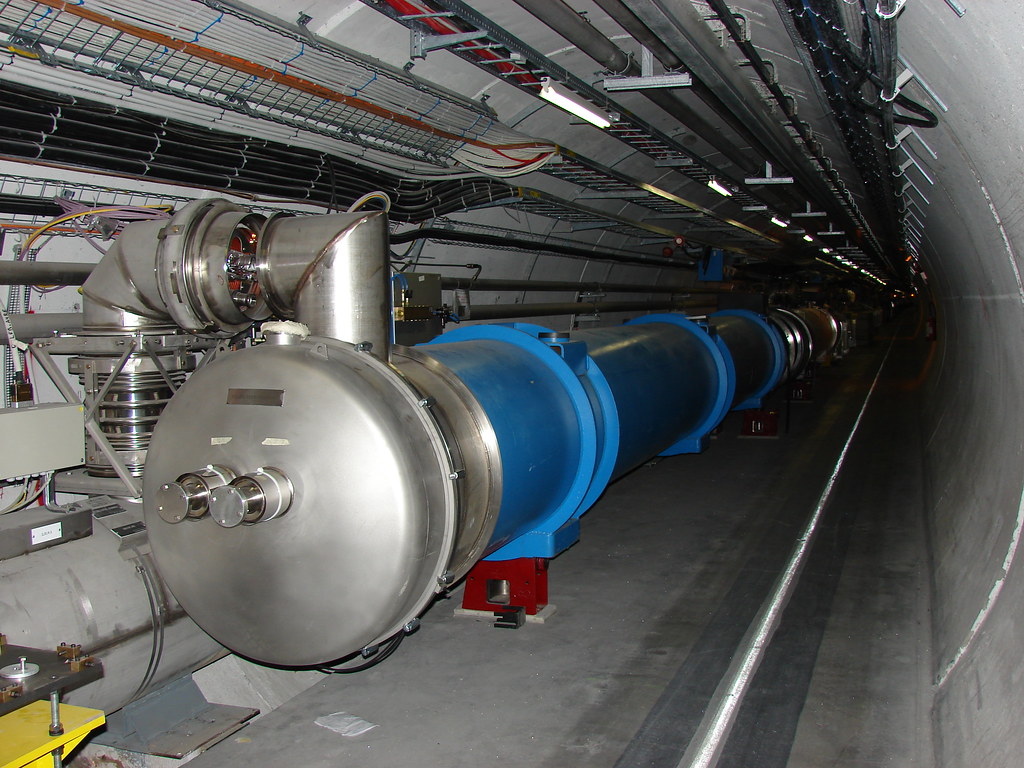