The Perseverance river has successfully landed on the Martian surface. The rover touched down somewhere around 3:55PM Eastern Standard Time. The rover had no issues smoothly descending to the surface of the red planet.

The cameras on Perseverance captured images from the landing just after it touched down.

NASA launched its new rover, Perseverance, in late July from Cape Canaveral, Florida. Its landing marks the end of a rather active month of arrivals on Mars. Over the course of just two days last week, the United Arab Emirates also landed on the planet.

Also: Elon Musk Thinks Mars Should Have a Direct Democracy, And He’s Right

Now that Perseverance is safely on the surface, the rover will explore the Jezero Crater. This is a 28-mile chunk of Mars that was a river lake long, long ago. NASA’s plan is that the new rover can find signs of ancient microbial life while it is stationed there.

Perseverance will be used including traditional and ultraviolet cameras along with several other instruments to study the site before drilling into the surface to gather some samples. There is a return mission planned for 2026 that will see the specimens back to Earth. 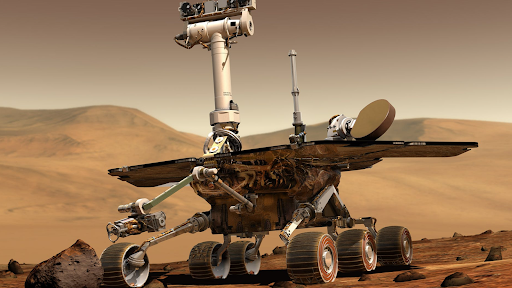