NASA has paid a grant to explore building a radio telescope into a crater on the far side of the Moon. If the plan moves forward, it will by far be the largest single telescope we earthlings have, measuring over a half a mile wide. Second place would be given to China’s recently opened FAST telescope, which is only about half the size of the NASA project.

Robotics expert Saptarshi Bandyopadhyay of the NASA Jet Propulsion Laboratory reported to Digital Trends, “We are proposing to study the feasibility of building an ultra-long wavelength radio telescope, inside a lunar crater on the far-side of the moon. This Lunar Crater Radio Telescope LCRT will be the largest filled-aperture radio telescope in the solar system.”

If built, the LCRT will allow for some amazing new scientific discoveries by observing the early universe in the 6-30MHz frequency band (10-50m wavelength), which is as of yet totally unexplored. Bandyopadhyay and his team had first proposed the telescope project in a 2018 paper named “Conceptual ideas for radio telescope on the far side of the moon.”

So, lets talk about the above image. If you look closely, there are a couple of interesting details.

Notice that the planned telescope is much smaller than the crater they are wanting to put it in. There could be a scientific reason for this, but it’s more than likely a budget limitation.

When observing the blue-shaded ‘Earth noise’, it’s important to understand that Earth is not beaming a cone of noise at the moon. This image has been illustrated to show only the relevant Earth noise that’s BLOCKED by the moon.

“Please excuse the crudity of this model. I didn’t have time to build it to scale or paint it.” -Doc Brown

The Earth-Moon-Sun system is by no means drawn to scale. This applies to both distance and size.

The telescope ‘dish’ (in green) will be anchored to the Moon’s surface, but the suspended receiver (in red) will be attached to rovers, so it can be adjusted in situ.

How Will We Power This Thing?

Well, that’s an interesting question that has many possible answers. The graphic sort-of implies that this thing will always be in the dark, eliminating the possibility of solar power. But, it’s important to remember that the ‘dark side of the Moon’ is only ‘always dark’ from the perspective of Earth. The far side get’s its fair share of solar exposure.

The telescope will, however, be in total darkness part of the time. So if solar panels are the solution, they will not come without batteries. FYI: Humanity doesn’t currently have a good battery. A solution to this could be several solar collector locations around the moon, with cables running back to the telescope, but this would be very expensive and difficult to implement.

It seems like the best option would be a TEG (Thermoelectric Generator). These devices, as used by NASA to power lots of spacecraft (including the Voyager probes), work by harnessing the ‘seeback’ effect. All you have to do is get one side of the TEG hotter than the other side, and boom, you’ve got power.

The problem with TEGs in space is that in order to provide an adequate temperature differential, one side of the system is cooled by the vacuum of space, and the other side is heated by being exposed to the warmth provided by a chunk of radioactive material (usually plutonium).

People Don’t Like It When ‘Nuclear’ Materials Are Launched Into Space.

The average person is unable to distinguish the difference between a small chunk of plutonium launched on a benign scientific rocket, and an ICBM (Inter-continental Ballistic Missile) armed with a nuclear warhead. So, if this is the power solution that NASA goes with, expect a public backlash similar to what we saw in the 70’s when the Voyager probes went up. 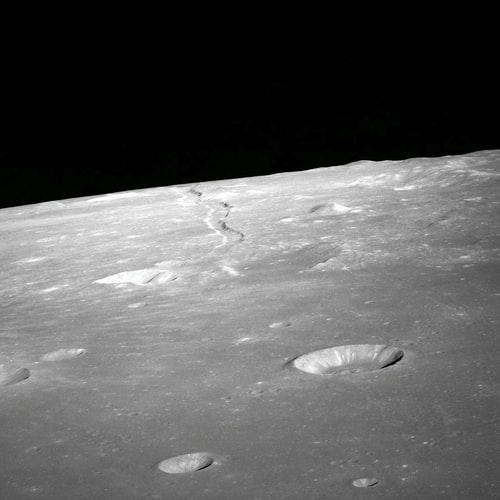