After a long gap, the Chinese smartphone maker MEIZU has silently launched its new smartphone the MEIZU M6 in India. The MEIZU Pro 7 was the last phone of the company for the Indian market. The device is listed on Amazon India website. However, it is quite strange that MEIZU has launched the device without much fanfare. It may be noted that the MEIZU M6 was first released in China in 2017. 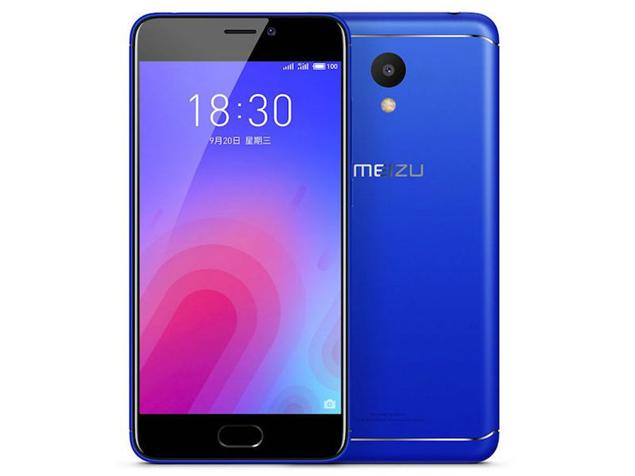 Talking about the features and specifications of the device, it has a 5.2-inch HD display. Th device carries traditional aspect ratio, i.e., 16:9. It can be a disappointing factor as most of the smartphones are now coming with the 18:9 aspect ratio.

A MediaTek MT6750 chipset powers the device. This Octa-Core processor offers 1.5GHz of clock speed. There is a Mali T860 MP2 GPU. The MEIZU M6 has a 2GB RAM and users will get 16 GB internal storage capacity. The storage capacity can be increased further up to 128GB using a microSD card. As per the souses, it has polycarbonate made body structure. This material is developed to look metallic through Non-Conducive Vacuum Metallization (NCVM) process. But this, not a metal.

Coming to its optic section, the smartphone carries a 13MP camera powered by an RGBW color sensor on the rear side. A LED flash supports the rear camera. Users will get an 8MP camera on the front side of the device, and the aperture is f/2.0. Under the connectivity options, it has 4G LTE VoLTE, Wi-Fi, Bluetooth, GPS and more. The fingerprint sensor of the device is engrafted into the home button. A 3,080mAh battery backs this mid-range device and runs on Flyme OS 6 based on Android 7.0 Nougat.

The device can be purchased only through Amazon India and carrying a price tag of Rs. 7,6999. If compare with other phones with the same price tag, like The Xiaomi Redmi 5, this has a massive 18:9 aspect ratio display and has the Qualcomm Snapdragon 450 SoC.  Where the MEIZU M6 has one color option, i.e., black, the Redmi 5 has two color variants, i.e., Gold and Black. So, the demand for the MEIZU M6 will be low in the Indian market as other devices offer quite a proper specification than the MEIZU M6 at the same price.

It may be noted that last smartphone that MEIZU launched in India was the MEIZU Pro 7. The phone has dual display. There is a 1.9-inch AMOLED display on the rear side and the front, it has 5.2-inch Super AMOLED display and generates 1080 x 1920 pixels of resolution.

The device is powered by an Helio P25 Octa-Core processor and clocked at 2.5GHz. With 4GB RAM, users will get 64GB internal storage. It doesn’t support microSD card extension. It has dual rear camera setup which consists a12MP+12MP camera. Dual tone supports it LED flash. There is a 16MP camera on the front. Backed by a 3000mAh battery, it functions on Android Nougat 7.0 based Flyme 6. The battery supports charge technology which charges the battery 0 to 67% in just 30 minutes.