Lenovo is ready with its new best smartphone in the market and said that it will have a great response because of its camera as well as internal features. Lenovo itself claimed that it would be the prettiest flagship made to date. Lenovo has taken an initial role in giving most of the information to the market so that people would set their mind for this flagship of Lenovo and the major reports which Lenovo shared are about the camera quality. Lenovo has been successful in making a good smartphone but less than that of other companies such as Samsung, Apple etc. 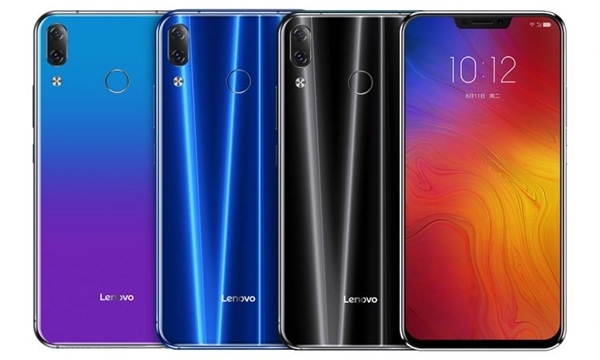 Lenovo Z5 Pro carries a wonderful camera features, which will enhance your instant shots as well as video quality. The new Lenovo Z5 Pro has a dual camera which supports, 24 MP with 16 MP camera with the added technology of AI Night Scene Mode. Not only this, when the images were out by Lenovo it was also visible that the front side has the sliding mechanism for front camera and boot ZUI.

You all must be surprised after having the Lenovo updates, the Lenovo Z5 has come with the ZUI 4.0, whereas if you want to have Lenovo Z5 Pro than you will get the latest processor, ZUI 5.0, the company is doing more time by time to have better mechanism and demands.

One more interesting feature or you can call it the good-looking thing is that this smartphone has the 2.5D curved glass on the front and the back. Whereas one thing which Lenovo doesn’t believe in changing is the fingerprint scanner, all the other brands are shifting to the in-display fingerprint technology but here Lenovo still keeps it on the back side of the smartphone. Now the wait is just for the screen, will Lenovo will add OLED display to its smartphone or it will keep it as it is.

You all must be aware that Lenovo has its launch on 3rd November i.e. tomorrow, in which it will announce the rest of the changes or differences it has emerged with, The responses by the market are that, will Lenovo add face-unlock technology or not, or it will be based on the sensor system. The wait for this will be over tomorrow at the official launch in Beijing, China.

Regarding this, let’s have something more about the camera. Lenovo’s Z5 has the same night mode which other brands such as Huawei, Google and Xiaomi‘s has, also with the technology of image stacking and other techniques to reduce noise and increase detail. You all must be thinking that what does the AI super video mode is? Therefore for this, you have to wait for sometimes to know the answer(until the launch).

Yes, this new Lenovo phone is the slider phone but you should have in mind that it is not the first one, before this many brands have launched the slider phone such as Xiaomi(Mi Mix 3), Honor(Magic 2), Oppo(Find X). The slider phone has a completely initiated to remove the notch form the smartphone and decided to place the sensor under the screen.