NASA has unfortunately announced yet another delay of the launch of the James Webb Space Telescope. This most recent delay is because of some technical challenges and the coronavirus pandemic. Due to the outcome of a ‘recently completed schedule risk assessment of the remaining integration and test activities,’ NASA has moved the launch date from March 2021 to October 31st, 2021. Of course, though, after this many delays, we don’t really know if the James Webb Space Telescope will actually be launching on the new scheduled date, either.

The James Webb Space Telescope will replace Hubble, which has far exceeded its originally planned mission. The James Web Space Telescope is much more sensitive to longer wavelengths of light the legendary Hubble Space Telescope that it is replacing, which will give it the ability to detect light from the very first galaxies that were created after the Big Bang. Also, the telescope will be able to discern the chemical composition of atmospheres of planets that are outside our solar system.

For the first time in human history, we are going to be able to look at the atmospheres of planets orbiting stars other than The Sun. Once we are able to do that, we will be able to catalog all the planets that we can see from our vantage point that have intelligent civilizations on them, burning hydrocarbons. 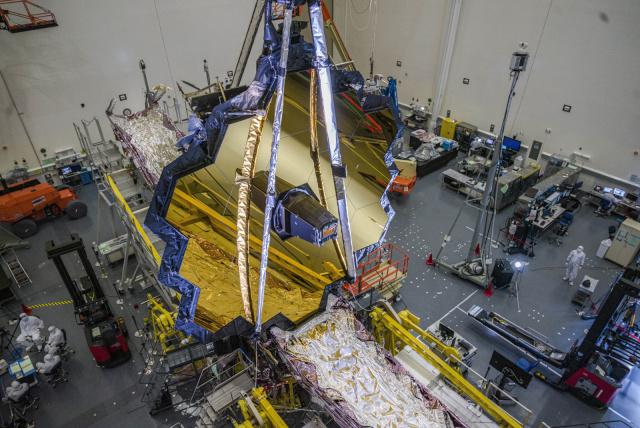