Israel had been considering tracking the phones of its citizens that had been infected with COVID-19, but it doesn’t look like that’s going to be happening now. At least not on the scale that it was originally planned. The country’s cabinet has restricted the use of Shin Bet’s (Israel’s internal security service) phone surveillance to ‘specific and special cases’ and only when it’s not possible to determine an infected person’s location using ‘other methods.’ The cabinet is open, however, to allowing the use of such tracking if there’s a large enough surge in new cases.

Like in other parts of the world, Israel has been easing restrictions and lessening lockdown measures as the number of infected have started to fall.

Some government officials initially wanted to keep tabs on the location of just about every infected individual within their borders using the technology, which was originally designed to be used in the war on terrorism. It ended up helping Israel determine if people were isolating properly, and would have helped determine who might have been exposed. Privacy advocates, of course, quickly objected, and the Israeli parliament had to put an end to the program after determining that the drawbacks of an outraged populous outweighed the benefits of a healthy populous.

The decision will more than likely have an effect on the way other countries will approach the issue of COVID-19 tracking. Demands for direct surveillance don’t come along too often, but privacy advocates (and criminals) will always find a reason to have a problem with someone watching them. Other nations will probably take a play from Israel’s book on this one.

So much for using technology to our advantage for the good of us all. 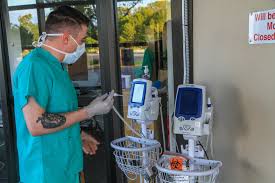