When AMD released its original iteration of Ryzen, it really did change everything,.. again. Let me explain. During the era of the Pentium 4, AMD was absolutely killing it. If you wanted the best CPU for the money, you bought AMD. Hell, if you wanted the best CPU period, you bought AMD. At the time, Athlon XP was king. Intel chips ran hotter and cost more. Sure, the ‘netburst’ architecture Pentium 4’s had fancy things like 3+ ghz clock speeds, 800Mhz Front Side Buses, ‘Hyper Threading’, and a multi billion dollar marketing budget. What they didn’t have, however, was performance (Source).

For those of you that don’t remember; or simply never knew of the naming schemes in consumer CPUs back then, it was like this:

The two CPU companies, Intel and AMD, would have one high end CPU and one low end CPU. For AMD this was the Athlon and Duron, respectively. For Intel this was the Pentium and the Celeron. In this article, we are gonna just focus on the high end chips because for all practical purposes, the low end chips were just imperfect versions of the high end chips that either had certain components (like cache) disabled, or clock speeds lowered, so they were stable enough to sell as lower end chips (Source).

Athlon XP Showed That it’s Not All About Clock Speeds

A CPU with a lower clock speed can be faster than one with a higher clock speed in the same way that a smaller car engine can have more output power than a larger one. A better design. AMD could have spent millions of dollars trying to educate the public on this. They could have explained that it’s not so much about how many cycles per second (Ghz) your CPU can do, and it’s more about how much work your CPU does in each clock cycle. They didn’t go this route though, and they instead decided to introduce a new way to name and market CPUs.

This is why when you bought an Athlon XP, it was sold as an ‘Athlon XP 2800+’, or something along those lines, depending on which one you bought. That was AMDs way of saying, ‘This CPU will perform just as well or better than a 2.8Ghz Pentium 4’. And they really, really did. At the time, there was no reason at all to buy Intel. Then, as if things could not get any better, AMD released the Athlon 64. It was the first consumer 64-bit CPU, but more importantly, they moved the memory controller to the CPU and employed a host of additional architectural improvements that gave consumers even less of a reason to buy an Intel chip.

But Then Intel Introduced The Core 2 Duo

And then everything changed. In 2006, at the very moment that Intel released the Core 2 Duo, Intel turned the tide once more and became the only company to consider when purchasing a CPU. With their new architecture, there was now no reason to buy AMD. Now Intel chips were the ones that were faster, yet with lower clock speeds. Now Intel CPUs were the ones that produced less heat, yet gave your more FPS (Frames Per Second) in your favorite PC games.

Once Intel took back the performance crown, AMD didn’t stand a chance. They released chip after chip. Socket after socket. Architecture after architecture. Disappointment after disappointment. Until Ryzen. It took them 11 years, but they finally got their CPU design team together and made a great CPU.

Ryzen was hyped up to be the game changer that AMD’s fans (and stockholders) were waiting for. And it was. It showed once again that AMD had great engineers. It showed the world, and long awaiting AMD fans, that AMD could make a great CPU that could once again outperform intels offerings across the board. Now AMD has released the next iteration of its Ryzen architecture and thankfully for AMD and all of its loyal fans, it did not disappoint.

The AMD Ryzen 3900X outperforms the Intel Core i9 10980XE in every way, while producing less heat, using less power, and costing far less than Intels Core i9 flagship offering. Intel is completely ashamed of this fact. In fact, it refused to send LinusTechTips a sample CPU to compare against AMD’s new chip out of total embarrassment. 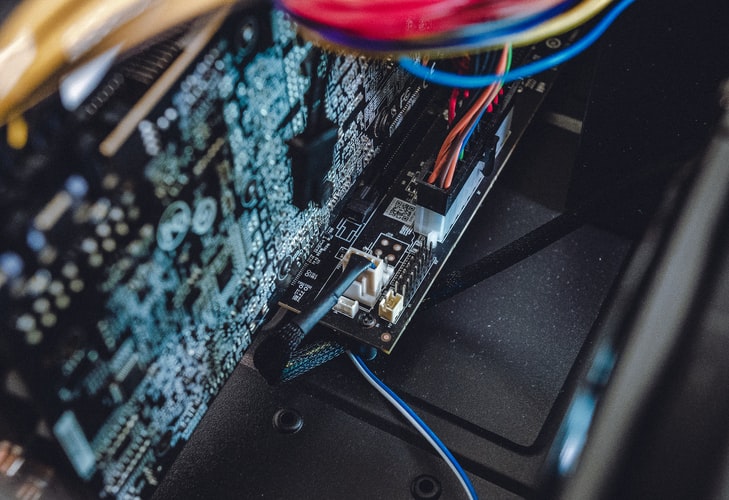