The world’s most widely used image gallery application ‘Instagram’ has introduced its dark mode feature for all iPhone and Android phone users. Earlier the update came just for the iPhone but within a few hours, it turned live for the Android users as well. In the run of creativity and efficiency, the company is adding more values in its social media application. For the iOS users, the update is available for iOS 13 and above.

If you’re not a fan of Instagram’s popping color palette and bright white borders then you’re now just a click away from turning up colors in your Instagram use. With the latest update of Instagram, users will be able to use this native dark mode of the application while there’s no option to move back to the normal mode. One will not be able to turn back within the app itself rather he/she needs to disable the dark mode of his phone itself.

More visual options make it more enjoying and pleasurable and the same is Instagram is now serving its users. But a toggle for on/off of this dark mode should be there to make it comfortable for all to switch or not.  The update is somewhere nice while for the iOS users it seems to be the best update after the latest iOS version launch. Most iOS apps are adding this dark mode for their users to make a parallel combination with the newly introduced dark mode of the OS. 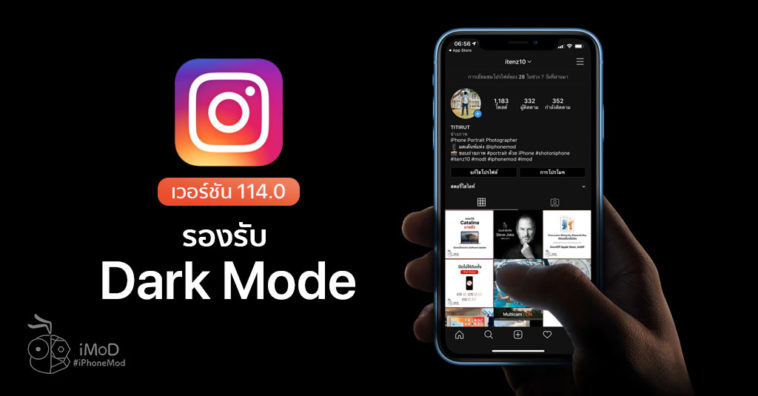 Our team of application analysts reviewed the new dark mode feature of Instagram and the conclusion will make you amazed.

The iOS team felt it favorable after the dark mode introduced by Apple for its latest iOS. The iPhone users claimed it as fun to have this new dark mode of Instagram to suit the color combination of their application with their smartphone. One negative point for the iOS users that they cannot make it revert even with their phone.

While the Android team criticized it with a meaningless option for them. The casual colors and while the border of the applications suits the best with the tap buttons available for Android users. The Android users are able to disable the dark mode by disabling their dark mode in the setting app.