Infinix has launched its new smartphone which is budget friendly Infinix Smart 2 smartphone in India. It will be coming to the Indian market with two variants which are  2GB RAM + 16GB internal storage as well as 3GB RAM +32 GB storage which was priced at Rs 5,999 and 6,999 respectively.  This new smartphone will be available for the customers on Flipkart which starts from the 10th August midnight. The color variants which are available for this phone are brushed Gold, City Blue, Sandstone Black as well as Bordeaux Red. 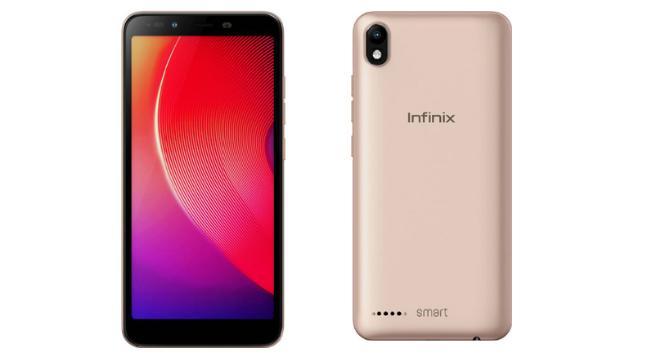 Infinix Mobiles has launched their two new smartphones, and they aim to sell about 2 lakh units every month from now. Infinix said that it expects to get among the top 5 players in the online segment within next year. Transition Holdings, which is the parent company of the Infinix said that in about two years, the company is already among the top 5 mobile phone players in the country. From now, the main aim of the company is to be the top 5 players in the online segment, as said by CEO of Infinix India Anish Kapoor.

As per Counterpoint Research, Transition along with its three brands namely Tecno, itel as well as Infinix has now emerged as the 5th largest player in the Indian mobile phone industry by capturing 4 percent market share in the 1st quarter of 2018.

Infinix Smart 2 will be having an HD+ Fullview display with a quad-core processor which was launched on Thursday. The smartphone by the company aimed to take on XiaomiRedmi 5A, Samsung Galaxy On5 as well as with Moto C Plus. It will be coming with Android Oreo with a preload Face Unlock feature. The smartphone has got 4G VoLTE support which is for the high-speed data access. The company has also said that the battery will remain up to 21 hours of about 4G talk time, 81 hours of music playback time or about 21 days of standby time.

The phone will be having a dual SIM VoLTEInfinix Smart 2 which runs with Android 8.1 Oreo with XOS 3.3.0 on top with Fullview LCD panel which is having an aspect ratio of about 18:9 with 500 nits of brightness. The phone will be powered by the quad-core MediaTek MT6739 SoC which is clocked at 1.5GHz who is paired with 2GB as well as 3GB RAM. The phone will have a 13MP sensor along with LED flash. For selfies, it will have an 8MP sensor with dual LED flash.