There is no doubting the substantial impact that smartphones have had on gaming and modern day life. It is now hard to find many adults and now even children who do not own a smartphone and use this in so many different aspects of life. In 2016, 2.5 billion people used smartphones worldwide, and this increased to 3.5 billion this year, further showing the rise of the devices. This figure is now expected to rise to 3.8 billion by next year and continue this increase for years to come.

With this growth and so many people now owning smartphones, it is no surprise that these devices are changing our normal lives, as we move more and more into the digital age. Gaming has been an industry that continues on a meteoric rise, with smartphones being a key factor behind this. You have table games that are now available online, such as blackjack, roulette and even baccarat. Each so popular on casinos floors and now available for players in the comfort of their own homes on mobile devices. These both offering for people to play with real money and for free, with a number of bonuses and offers available. This is an aspect of gaming that has increased exponentially through smartphones and taken gambling to the next level, as such a popular form of online entertainment.

Gaming on mobile phones started with the likes of Snakes and Tetris but this evolved once smartphones hit the market. It has now surpassed all other aspects of gaming, such as through PC’s and consoles, with mobile gaming now making up around 60% of the overall revenue for the global gaming market as of 2019. This covering $49 billion in revenue, with the forecast now expected to grow by around 3% each year and hit around $57 billion by 2024. This is a remarkable growth and further backs up the notion of how smartphone gaming is taking over and has transformed the industry on a whole.

There is now believed to be around 1.4 billion mobile gamers worldwide, with 25 to 36 year olds being the most popular players at around 36% of all mobile gamers. It is now excepted that the amount of people playing mobile games will rise by a further 22% by 2024, meaning this will total around 1.7 billion players worldwide, which is a staggering number considering the global population in 2020 is 7.8 billion. It further backs up the notion of how mobile gaming is now one of the fastest growing industries in the world.

When it comes to mobile gaming, it is China who lead the way and are by far the biggest market. In 2019, they surpassed $18 billion in revenue, which was nearly double the United States, who were second with a little under $10 billion.  Japan were then next at $6.5 billion, with these holding the lion’s share of the overall global mobile gaming market. This is only going to increase, with the global gaming market on a whole now expected to increase to $95.3 billion by 2024, from $83 billion at the end of 2019.

The mobile gaming market is far more tailored to casual gamers, in comparison to the usual competitive approach with PC and consoles. This has further added to the popularity, on top of them being so easily accessible through quick downloads on apps. Many of these mobile games are also available for free, with vast sums of money now being invested into this market each year. You have games like Pokémon Go, which has been such a success worldwide on mobile devices, since its release in 2016.

There is no doubting that smartphone gaming is going to continue to advance and grow in popularity, with the future now clearly limitless, as to how big mobile gaming can become. 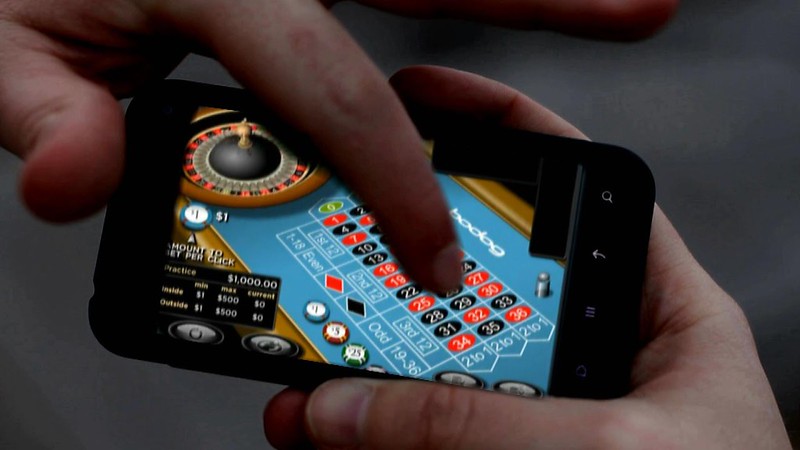