Honour has launched its latest new smartphone in India which is said to be the latest mid-range smartphone which is from the house of Huawei. The new smartphone will be launched at an event in New Delhi. Honour Play has priced at Rs 19,999 which is for the base variant which includes 4Gb RAM + 64 GB storage. The next model which will be of 6GB RAM + 64 GB storage model which will come with a price tag of Rs 23,999. This smartphone will be available for the purchase exclusively on Amazon India. The launch has taken place on 6th August from 4 PM onward. 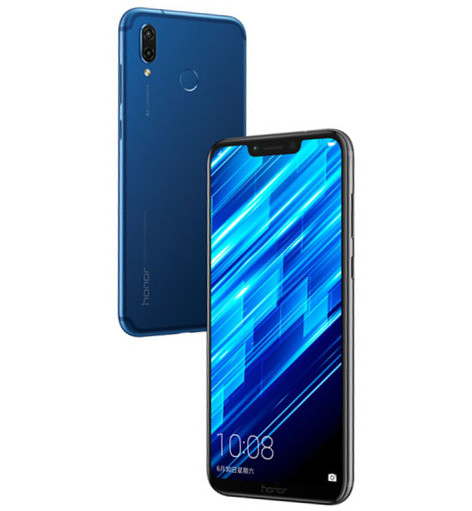 This phone was first launched in June in China, which is the new Honor smartphone which is having a 19.5:9 aspect ratio display which is as much as 60 percent which can help in bringing down the battery consumption by about 30 percent.

The device will be coming in 2 colors variants which are Navy Blue, Midnight Black. Amazon India is giving some of the launch offers which accompanying the smartphone. This offer is all about the giving away the 10GB additional data which is per month for one year to all the users who will be using the Vodafone sim.

The phone will get a screen size of about 6.3-inch Full HD+ display which comes with a 2340 X 1080 pixels of resolution with an aspect ratio of about 19.5: 9. It will have a notch on the top of the display. It will be powered by the HiSilicon Kirin 970 processor from the company. The phone will be having an operating system of Android 8.1 Oreo-based EMUI 8.2 which will come with AI-powered features which are like Notification safety, Face Unlock, scene object with 3D facial recognition.

The phone will be having a dual camera set up at the back which will come with a 16MP primary sensor along with a 2 MP secondary sensor. It offers some features which include single-LED flash, PDAF along with other features. It comes with an Honor Play with a 16 MP selfie shooter with a f/2.0 aperture.