NASA and SpaceX were getting prepared for a historic mission on Wednesday, but adverse weather conditions near Kennedy Space Center in Florida caused the launch to be postponed. The Weather Channel reported that stormy weather over Florida, which forced SpaceX to switch the launch time from the previously scheduled 1:33 PM PT.

The delayed mission will see astronauts ride a SpaceX rocket for the first time. They will do so on the new Crew Dragon manned spacecraft. This will also be the first manned launch from U.S. soil since the Space Shuttle program ended back in 2011. But as usual with space missions, bad weather can cause issues on launch day.

Specifically, the weather channel stated: “A tropical disturbance that has brought heavy rain to southeastern Florida the past few days will have pushed north of the state by Wednesday, but Florida’s typical late-May warmth and humidity will remain in place, making hit-or-miss afternoon thunderstorms possible near Kennedy Space Center in the hours near launch time.”

It also explained how weather across the entire U.S. and Canadian coasts and over the North Atlantic Ocean should be stable just in case astronauts Doug Hurley and Bob Behnken have to perform an emergency escape. In the event this happens, the Crew Dragon will be ejected from the Falcon 9 rocket, safely returning the astronauts to Earth.

NASA uses all kinds of launch weather criteria to make sure rocket launches are safe. They include things like “Do not launch for 30 minutes after lightning is observed within 10 nautical miles of the launch pad or the flight path, unless specified conditions can be met.”

SpaceX has since rescheduled the launch window for the weekend as Saturday, May 30 at 3:22 PM EST, and Sunday, May 31 at 3 PM EST.

Just 17 minutes before its planned launch, SpaceX postponed its first crewed flight to space on Wednesday afternoon due to bad weather over the launch site in Florida. The two passengers on board SpaceX’s capsule — NASA astronauts Bob Behnken and Doug Hurley — will try again on Saturday, May 30th. 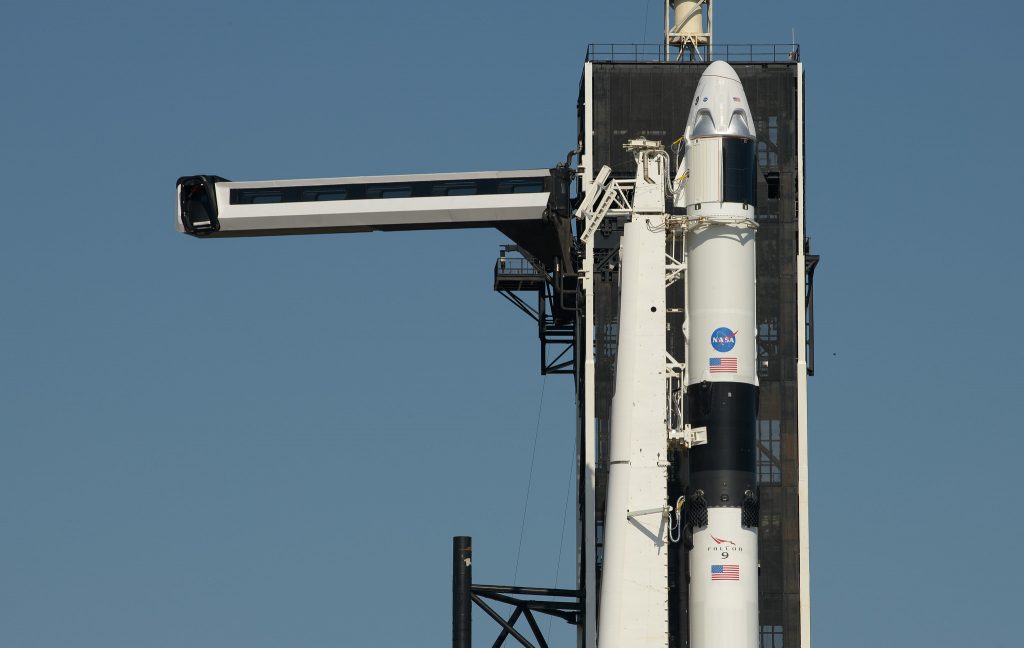