Motorola is expected to launch its upcoming RAZR on the 13th of November, which is a recreation of the firm’s feature phone. The phone will mark the company’s entry in the foldable Smartphone category. Previously, there were several features of the phone leaked online. A recent leak suggests the looks of this highly anticipated device from Motorola. 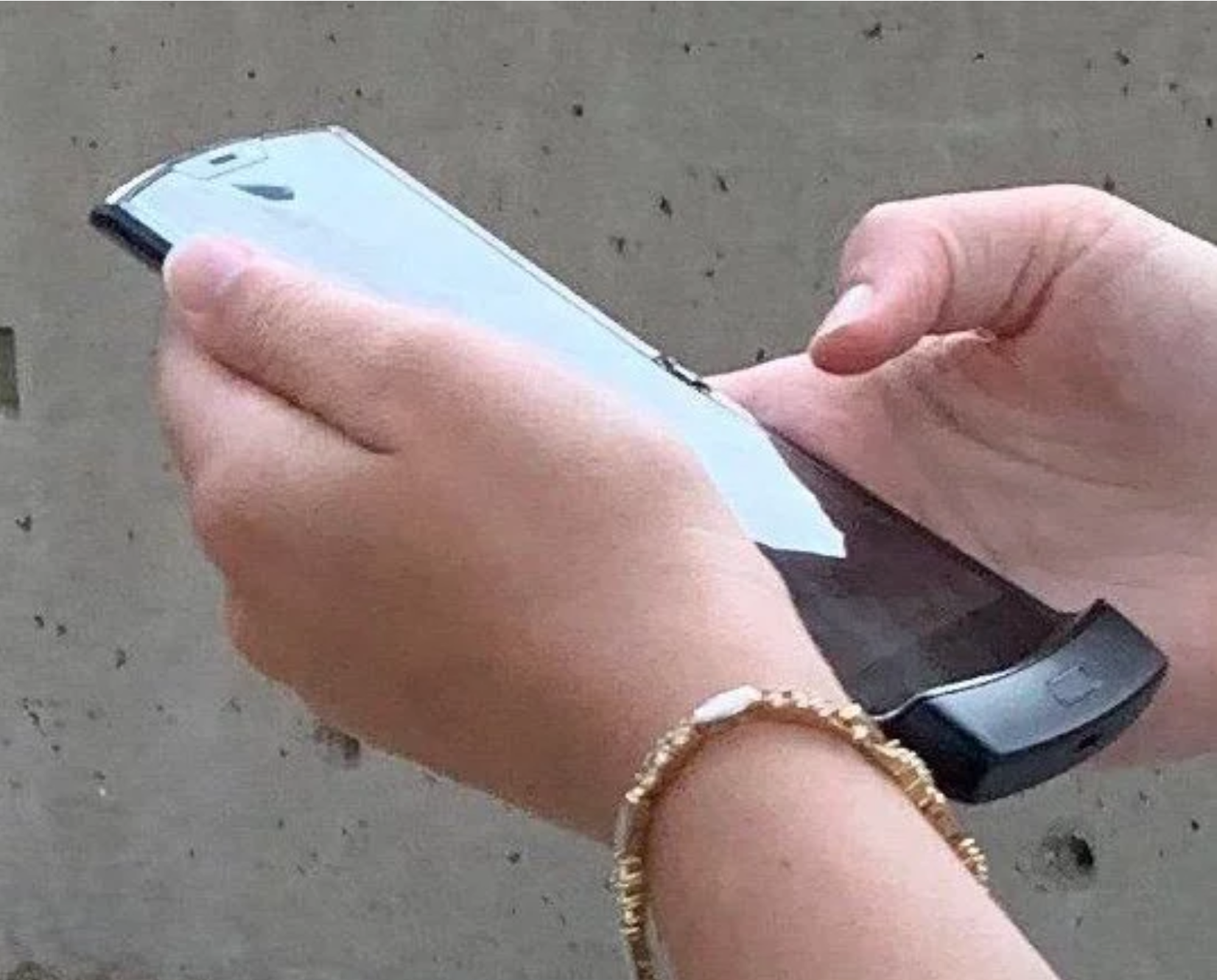 Unlike Samsung, this phone looks like a regular phone. The phone has a huge bottom chin, which looks chunky. The bottom button features a fingerprint scanner. The bottom bezel looks more significant than the previously leaked renders. The bottom portion of the phone stands nowhere close to a modern telephone and looks outdated.

There is a possibility of changes in the final output by the company. The leaked photo might be an early prototype, and the end product is expected to come with a near bezel-less display, as the render suggested. The phone also features a notch on the top side, which again looks ugly.

The photo is relatively different than the previously leaked renders. In the render, the phone looked impressive, but the same is not the case with this image. The secondary display is not visible from the leaked image.
RAZR is a midrange phone from Motorola featuring a foldable display. The phone comes with a Snapdragon 710 chip, nowhere close to the latest Snapdragon 800 series. RAZR will have 6 GB of RAM and 128 GB of internal storage. Moto might release different storage and RAM variant with multiple price tags. The render suggests the phone has a single camera, which might be a deal-breaker for many. Even lower-end Chinese phones come with numerous high-resolution cameras.

These details are based on leak photos and render. There are chances that the phone will come with an impressive design and features, but looking at Moto’s recent track record, it seems highly unlikely.