Motorola is finally up with its Moto E6 and its a low priced budget smartphone which will also give some relief to your pocket. Motorola is also working on their other phones such as foldable Razr, the quad-camera Motorola One Pro, and the tall Motorola One Action. If we compare the Moto One Action with Motorola One Vision, both the phones are pretty similar in specifications as they both have the Samsung Exynos 9609 SoC, a 6.3-inch FHD+ (21:9) LCD including the hole punch. Both the phones have 3,500mAh battery, stock Android 9 Pie, 4GB of RAM, 128GB of internal storage, and a 3.5mm headphone jack. All that has changed in the phone is the camera as One Action has got an extra rear camera which makes it different from the One Vision. One of the cameras in the One Action has an ultra-wide-angle sensor as compared to the One Vision, it just has a dual rear camera with 48MP and a 5MP depth sensor. 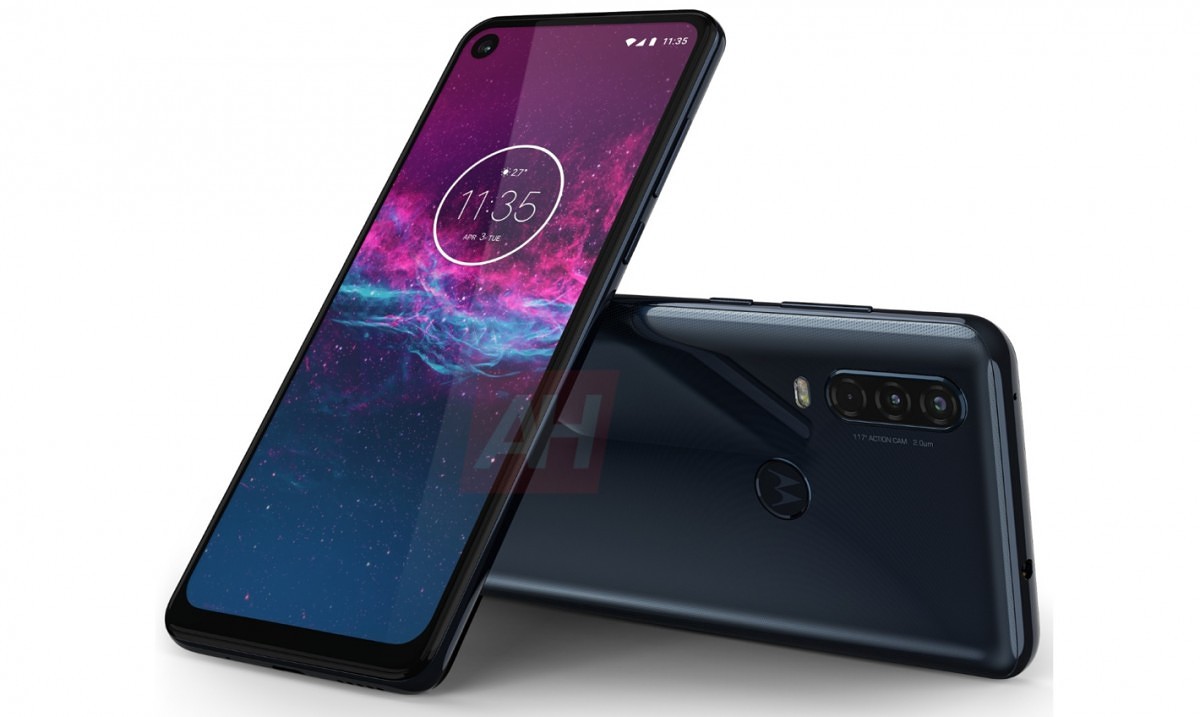 The advantage of the Action Cam is that it allows the user to shoot wide-angle video with a single hand and it also lets you record a landscape wide-angle video even if you are holding the phone in portrait mode. The user is given a button to the left to activate the Action Cam. Phones like Xperia 10 and Xperia 1 are pretty hard to hold in landscape view with a single hand whereas the Motorola One Action is easy to handle with a single hand in the landscape view. The One Action is already added on the Google Play Developer Console’s Device Catalog and Android Enterprise Recommended devices and is expected to launch soon. Here are the rumored features of the phone.