The internet requires a lot of global infrastructure, so Google is paying a company to lay another cable across the pond. Google revealed in a blog post that it’s investing in a new fiber optic line that will connect New York with Bilbao and London.

‘Grace Hopper,’ which is the cable’s name (I don’t know why they named it, either) will be the 4th Google-owned line. Others include ‘Dunant’ (Virginia Beach to France), ‘Curie’ (San Francisco to Chile), and Equiano (Lisbon to Cape Town). The new line is designed to improve connectivity between the US and Europe and to assist in new data-loads as Google rolls out it’s cloud services on the Iberian Peninsula.

Like many other undersea communications cables, this new line isn’t just 1 optical fiber. Instead, it has 32 fibers that are capable of optical fiber switching. Google says that this new cable will provide greater redundancy and improved reliability and will also prevent outages. Google is expecting its new communications line to be online some time in 2022.

Rear Admiral Grace Hopper, Google’s new cable’s namesake, was a computer scientist in American that contributed to the Harvard Mark 1 computer. After World War II, Hopper worked on computers both for the general public and American Navy. In 2016, she was posthumously awarded the Presidential Medal of Freedom for her works. 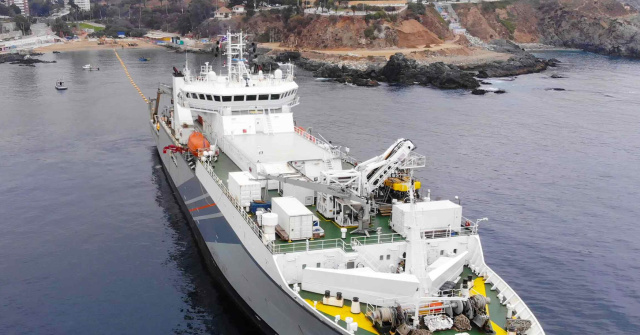