Just a week before Google’s Big Hardware Event which is scheduled on 15th October, the company’s new Chromebook, which would be officially called Pixelbook Go got leaked. Let’s deep dive into its specifications and features to see what Google would be offering to its customers with its new Chromebook. Pixelbook Go is designed to have a 13.3-inch touchscreen with options for either FHD or 4K panel. Internal Hardware will have a wide range to choose, Intel Core m3,i5,i7 processors with 8GB or 16 GB RAM and storage varying from 64 GB,128Gb or 256 GB.Google’s trademark ‘G’ could be seen on the lid once in production. 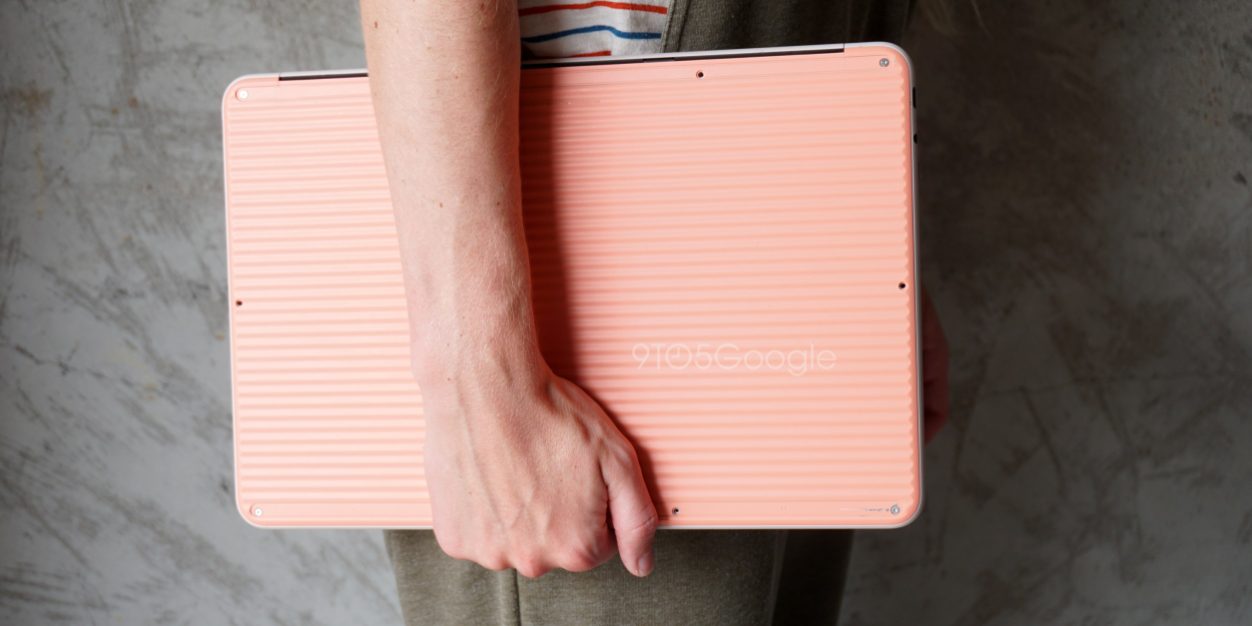 The surface of the laptop is designed textured with ribbed surface and the bottom with a smooth matte coating, as it may offer more holding grip, but not sure will need to wait for long run results.

Pixelbook Go will have USB type C port, charging light and 3.5 mm headphone jack on its left side and another USB –C type port on its right side, 2-megapixel front camera on top with two far-field mics for picking hot words “Hey, Google”, it is equipped with two speakers, one on either side, but the sound quality is apparently great. The trackpad is nothing special, it uses traditional “Diving Board” design, but it’s responsive and tactile, as per reports.

Other onboard hardware includes Google’s New Titan C Chip and normal WIFI and Bluetooth. High –end models will also get 4K Molecular Display. It would be offered in two colors:” Not Pink” and “Just Black”. Some features are still noticed missing like Fingerprint Sensor and Pixelbook Pen support.

Google’s Hardware event is planned on Wednesday, 15 October in New York City and we may get to hear some more new and interesting hidden secrets on Pixelbook Go.