AIST, which is Japan’s National Institute of Advanced Industrial Science and Technology, is going to be the home of Fujitsu’s newest supercomputer system. The new computer will be used to further AI research and development. Japanese Industry, government, and academia will benefit from this machine.

The new system is going to be composed of 120 4U Fujitsu Primergy GX2570 servers in a cluster configuration. They will each have 11.2 PB (Petabytes) of storage, two 3rd Gen Intel Xeon Scalable processors, and eight NVIDIA A100 GPUs. The system will have a peak performance of 19.3 petaflops.

This supercomputer is going to be used with the AIST’s current Fujitsu-built ABCI (AI bridging cloud infrastructure system). ABCI was launched in August 2018. Since then, it has been used by a wide range of businesses from startup companies to general electrical appliance manufacturers.

In response to rapidly increasing demand for AI R&D in industry, government, and academia, AIST will introduce a new AI bridging green cloud infrastructure system to bolster its existing ABCI, combining a high-performance computing system with a large-capacity storage system while following the basic structure of the ABCI.

Fujitsu expects the system to deliver theoretical peak performance of 850 petaflops. Double-precision floating-point operations will be around 60 petaflops when combined with ABCI.

Fujitsu will continue to play a central role in contributing to the advancement of AI research and development in Japan through its involvement with the ‘AI bridging green cloud infrastructure’ project with the AIST, leveraging the knowledge acquired through the construction and operation of this system for new initiatives with a variety of stakeholders in industry, government, and academia.

The new Fujitsu supercomputer will be ready for use some time in 2021.

Related post: Researchers Have Found The User Manual For The Oldest Surviving Computer 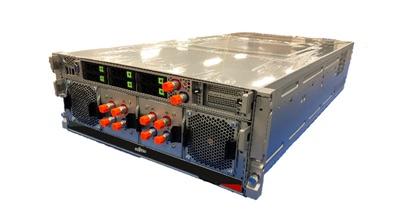