16-bit era had two classic video games they were the Disney’s Aladdin and The Lion King. Publisher Nighthawk Interactive and developer Digital Eclipse are planning to bring both the Disney classic games to the Modern Platform. On October 29, the Lion King and Aladdin will be released for Nintendo Switch, PlayStation 4, Xbox One, and Windows PC. 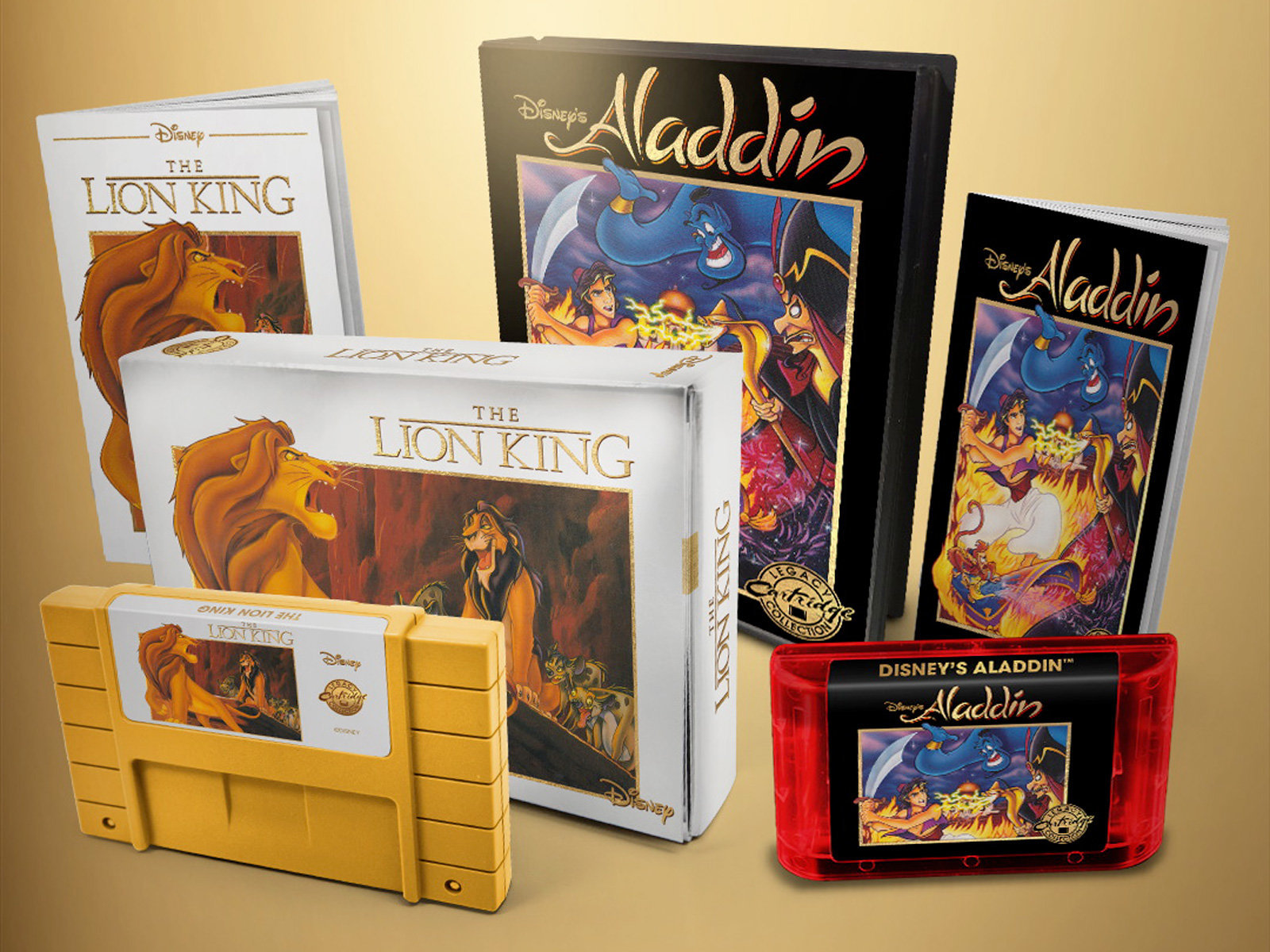 The Disney Classic games will include the limited “legacy” cartridges from Aladdin on Genes/Mega Drive, and Lion King on SNES. According to the press release from Nighthawk Interactive, games will cost $100 each and will not be shipped before 2020, and you will only have 4500 available units each.
Pre-order of the Disney Classic games will start from October 24 at 1 pm eastern on iam8bit. Both Aladdin and The Lion King will be a feature with up-scaled graphics that will support high definition displays and additional upgrades to enhance playability on modern platforms. The updates feature includes a rewind feature that will let the player jump back up to 15 seconds, save states, invulnerability, infinite lives, and a level select.
The game will also include an Interactive Game Viewer, which will let players watch the full gameplay through, and you will be able to skip forward, start playing at any point, and jump in. There will be a variety of versions of each title, as Nighthawk has promised to prove multiple playable platforms versions of the games.
The Aladdin and The Lion King, both the games, will be available in Genesis and SNES style boxes and will include a retro-like manual to match. The games will also include a feature of the new final cut of Aladdin and the trade show demo version games 1993. It will be a more sensible choice for the 90s children as at that time both the films were released and become a popular choice for all the children.