HOUSTON – Two men killed themselves while abusing driver assist features in a Tesla vehicle. The car, that did not have any intelligent human occupants, was traveling in a town called ‘Spring’. It crashed into a tree because the owner, and by extension, his passenger, were not intelligent enough to make basic, sound, judgments.

The crash, which could have been avoided several steps along the way by having the slightest bit of common sense, or at least the ability to read, occurred at 11:25 PM on Friday in the Carlton Woods subdivision near The Woodlands. The car, which definitely would have never burst into flames if operated as it was intended to be, burst into flames after hitting a tree that it most certainly wouldn’t have hit had its occupants had even the most basic level of sense near 18 Hammock Dunes Place.

Harris County Precinct 4 Constable Mark Herman told KPRC 2 that the investigation showed ‘no one was driving. That’s great news for Tesla, considering the fact that the highly reactionary, uninformed masses would be jumping all over this one if that was not the case. There was a person in the front passenger seat. This was the friend of the owner. The owner was in the rear passenger seat.

I can kinda see how this played out in my mind.

‘Dude.. Check this out. I am going to literally go as FAR away as possible from the driver seat.’

So, apparently the car was traveling at a high rate of speed when it failed to negotiate a cul-de-sac turn. These warnings are clearly stated in the documentation and these cars are engineered in such a way to, as best as possible, prevent morons like this guy from killing themselves and others.

These are driving assist features and they are best in class. They work better and are far more advanced and far, far safer than competing technology found on an other car on the road.

They are designed to be safe. Safety precautions have to be ignored and safety mechanisms have to be bypassed in order for anything like this to happen. Period.

According to authorities, the owner backed out of the driveway, then hopped in the back seat, parking snugly into him and his best friend’s fiery grave just a few hundred yards down the street.

Imagine that. If you get in your car, drive it down the street, and then, for whatever reason, decide to leave the driver’s seat to sit in the back, well, yeah. You die. That’s just what happens.

Oh, also. Anyone in your car dies too. Luckily for those in the vicinity who happened to not be reckless fools, no one else was injured.

The brother-in-law of one of the victims, along with relatives, watched human/machine hybrid smolder for four hours as authorities tried their best to solve the problem that the driver caused.

It took 32,000 gallons of water to extinguish the flames. This was for several reasons. One., lithium ion batteries will reignite so maybe the fire department needs a little more training. So, guys, go out to your training facilities and, ya know, bring some common things that you may have to test. Just a suggestion. This technology is nothing new. Advance please. Kthanks.

Due to lack of training on how to deal with basic, common, materials, the authorities had to call Tesla to ask them how to put out the fire in the battery.

CEO Elon Musk tweeted about the crash that happened on Monday saying that data logs recovered showed that autopilot was not enabled and the car did not purchase FSD. 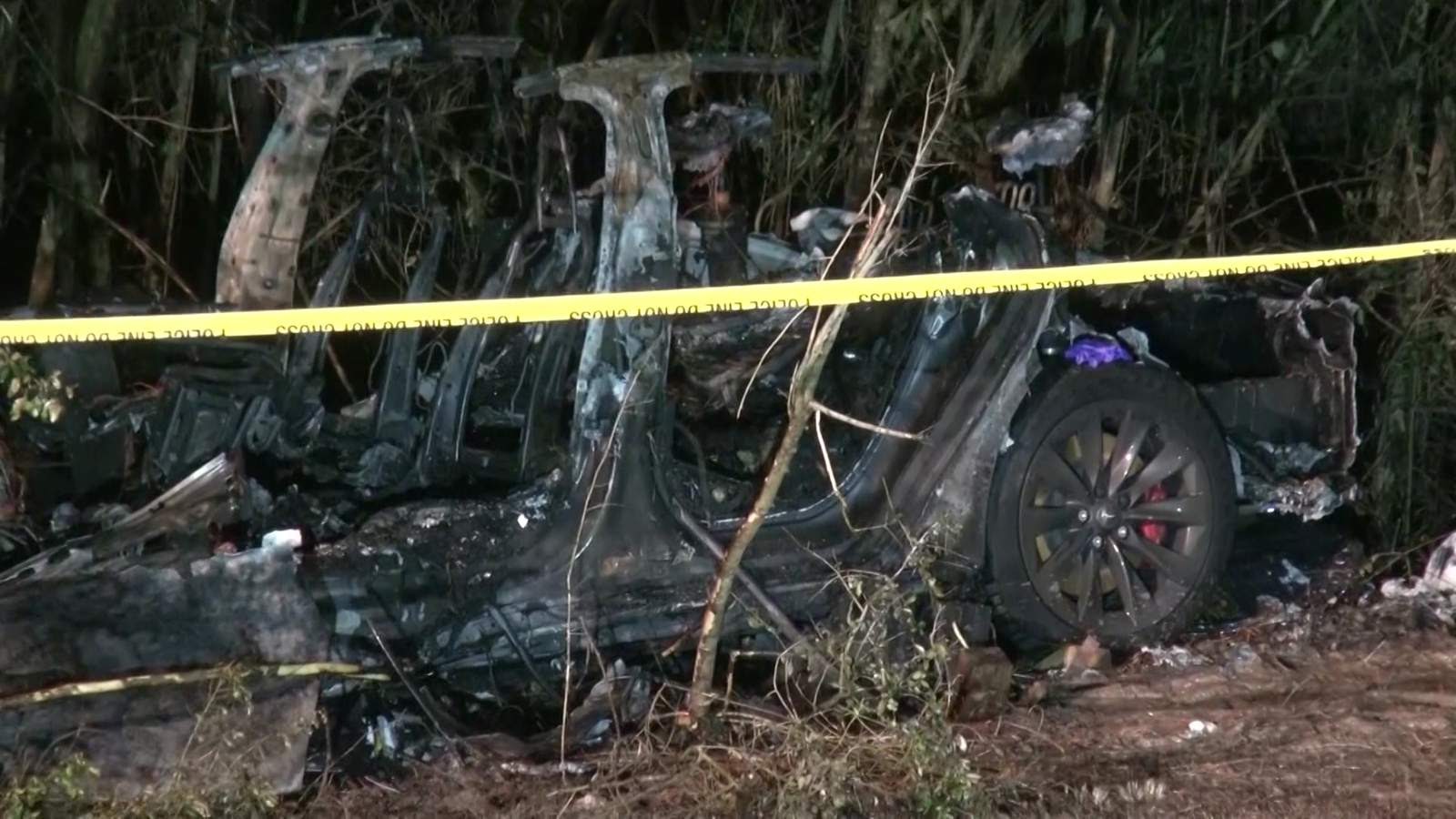