The ongoing COVID-19 pandemic caused many people to have to spend the majority of their time inside. They are maintaining a decent distance from anyone whom they aren’t already regularly exposed. Corporations have enacted several policies to minimize the spread of infection. Stores all over have Plexiglass plates separating the workers from the customers, and in these difficult times, couriers leave packages at your doorstep. But a drone could provide a safer and even faster delivery method.

It’s no surprise that so many commercial UAV (Unmanned Aerial Vehicle) operators are doing so well. There have been eager to showcase the impact that drone deliveries can have on our society.

Last month, UPS announced that its subsidiary, Flight Forward, will help out the retirement community in Florida by ferrying medicine from a local CVS pharmacy. It’s not a very long route, and for this test, it requires an actual person to take the delivery to the customer’s door, but you can expect it to be automated in the future. Still, it’s pretty amazing that this technology and service to use it are available at all. It’s a welcome service for people that are high-risk for getting the coronavirus.

A delivery area is a place known as ‘The Villages.’ It’s a part of one of the largest retirement communities in the country. Andreas Raptopoulos, the CEO and founder of Matternet, mentioned to Engadget, “They have a city.” So, UPS can have a rather large impact while utilizing a single pick-up and drop-off location. Raptopoulos is hopeful that the program will expand to three or more pharmacies and, maybe even more critical, it can support multiple routes from each deployment. It’s no surprise that he also wants to reach a point where the drones can hover and lower the package directly to the customer at their doorstep.

“You can make a difference if you don’t send a human in a van into a location that has a vulnerable population,” Raptopoulos said.

Matternet is starting the pilot program (pun intended) with 10 to 20 deliveries each day. But if everything goes as they think it will, the company would be able to fulfill “thousands of deliveries” every month, according to Raptopoulos. “If we can prove the model with one [pharmacy] and we see value there, and the economics are working out, then it can be rolled out to multiple [stores],” he said.

The relatively unknown organization has been building up to this. In March 2017, Matternet and Swiss Post started transporting lab samples to and from two hospitals in Switzerland. Abut six months later, the drone manufacturer partnered-up with Mercedes-Benz on a “technology development program,” that has since cooled down a bit. Matternet is supporting hospitals in Zurich and Lugano, although both sites were put on hold at the onsite of the coronavirus outbreak. Raptopoulos is pretty confident, however, that their services will restart “in the next few weeks.”

The drone manufacturer is also working with medical personnel in the United States. In August of 2018, they performed some test flights at a WakeMed facility with NCDOT (North Carolina’s Department of Transportation). And then seven months later, Matternet partnered with UPS and announced a permanent delivery program at the hospital. The two companies have since used the M2 drone to transport over 3,000 specimens and medical samples.

“Our target is to get to multiple hospitals this year.”

Flights were drastically reduced when the pandemic broke out, as hospitals scaled back policies unrelated to COVID-19. But according to Raptopoulos, the company’s services have “continued every day uninterrupted.” They have started to ramp up again as nurses, doctors, and technicians, acclimate to the new normal. “Our target is to get to multiple hospitals this year with that type of transportation system in place,” he elaborated.

Contributions by Matternet could go even further. NCDOT announced last month that they, along with UPS and an as-of-yet unnamed hospital in Winston-Salem, North Carolina, proposed a UAV program that would deliver PPE (Personal Protection Equipment), medicine, and all sorts of other healthcare supplies during the COVID-19 pandemic. The company has also been in talks with several laboratories to inquire as to how its drones could help deliver virus test samples. “The thing that we’re hoping to do next, into what we’re doing with UPS, is seeing some of that work come out,” Raptopoulos said to Engadget. 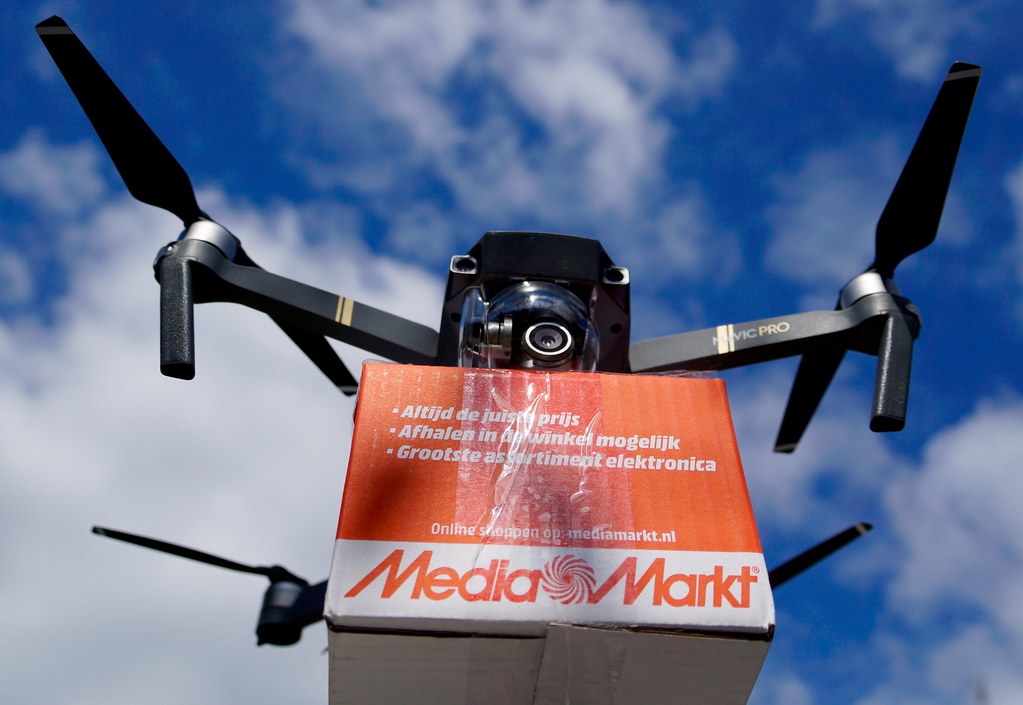