Cerebras Systems has today confirmed that its CS-1 computing system has achieved a new performance milestone. It can deliver speeds far beyond what existing CPUs and GPUs are able to achieve.

CS-1 is The Computer, WSE1 is The Processor

CS-1 is the name of the system that uses Cerebras Systems own WSE (Wafer-Scale Engine) processor. The WSE is the world’s largest computer chip. With its most recent implementation, it can now make the claim for ‘fastest AI computer in existence.’

Cerebras Systems Really Has Something Going on

This work opens the door to major breakthroughs in scientific computing performance, as the CS-1, with its wafer-scale engine, overcomes traditional barriers to high achieved performance, enabling real-time and other use cases precluded by the failure of strong scaling. Because of the radical memory and communication acceleration that wafer scale integration creates, we have been able to go far beyond what is possible in a discrete, single chip processor, be it a CPU or a GPU. Cerebras Systems is proud to extend its work with NETL and produce extraordinary results on one of the foundational workloads in scientific compute.

The WSE (Wafer Scale Engine) is an entire slab or silicon turned into a single processor. This thing is POWERFUL. First, think about this: Humanity can already fit an astonishing amount of transistors onto single, tiny, chips of which many fit on a silicon wafer. Now, consider the fact that the WSE is a single chip made out of an entire silicon wafer. That is something truly amazing. 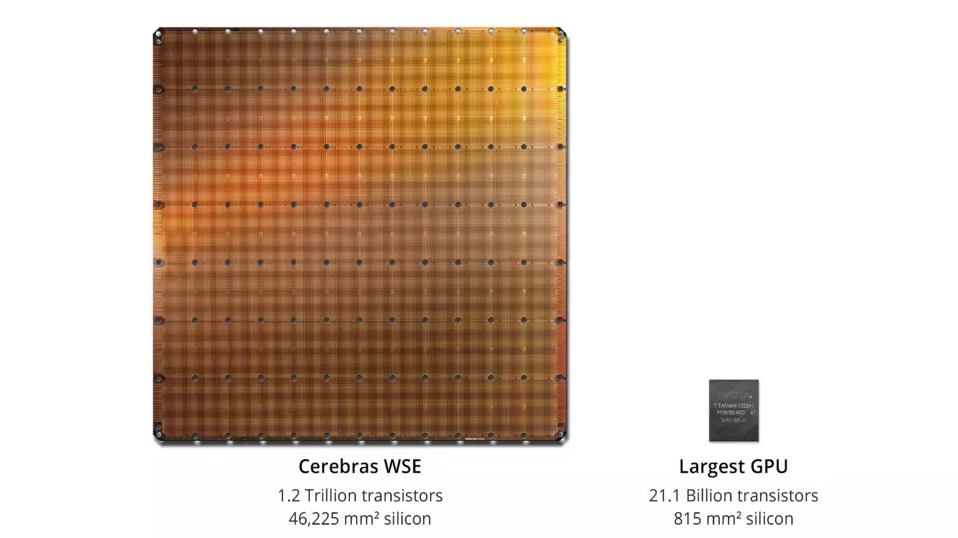