“Tongue-in-cheek film showing a domestic robot freeing housewives of their chores (and intimating that their work is hardly necessary); actually a promo showing how relays and switches function in the modern automobile. Shown at the New York World’s Fair in 1940.”

A robot is a mechanical or virtual intelligent agent that can perform tasks automatically or with guidance, typically by remote control. In practice, a robot is usually an electro-mechanical machine that is guided by computer and electronic programming. Robots can be autonomous, semi-autonomous or remotely controlled. Robots range from humanoids such as ASIMO and TOPIO to Nano robots, Swarm robots, Industrial robots, military robots, mobile and servicing robots… The branch of technology that deals with robots is robotics…

Men such as Leonardo Da Vinci in 1495 through to Jacques de Vaucanson in 1739, as well as rediscovering the Greek engineering methods, have made plans for and built automata and robots leading to books of designs such as the Japanese Karakuri zui (Illustrated Machinery) in 1796. As mechanical techniques developed through the Industrial age we find more practical applications such as Nikola Tesla in 1898, who designed a radio-controlled boat, and John Hammond Jr. and Benjamin Miessner who in 1912 created the Electric Dog as a precursor to their self directing torpedo of 1915. We also find a more android development as designers tried to mimic more human-like features including designs such as those of biologist Makoto Nishimura in 1929 and his creation Gakutensoku, which cried and changed its facial expressions, and the more crude Elektro from Westinghouse Electric Corporation in 1938.

Electronics then became the driving force of development instead of mechanics, with the advent of the first electronic autonomous robots created by William Grey Walter in Bristol, England, in 1948. The first digital and programmable robot was invented by George Devol in 1954 and was ultimately called the Unimate. Devol sold the first Unimate to General Motors in 1961 where it was used to lift pieces of hot metal from die casting machines at the Inland Fisher Guide Plant in the West Trenton section of Ewing Township, New Jersey. Since then we have seen robots finally reach a more true assimilation of all technologies to produce robots such as ASIMO which can walk and move like a human…

Humanity has developed an awareness of the problems associated with autonomous robots and how they may act in society. Fear of robot behaviour, such as Shelley’s Frankenstein (Frankenstein complex) and the EATR, drive current practice in establishing what autonomy a robot should and should not be capable of. Thinking has developed through discussion of robot control and artificial intelligence (AI) and how its application should benefit society, such as those based around Asimov’s three laws…

The Japanese craftsman Hisashige Tanaka (1799–1881), known as “Japan’s Edison” or “Karakuri Giemon”, created an array of extremely complex mechanical toys, some of which served tea, fired arrows drawn from a quiver, and even painted a Japanese kanji character.

In 1926, Westinghouse Electric Corporation created Televox, the first robot put to useful work. They followed Televox with a number of other simple robots, including one called Rastus, made in the crude image of a black man. In the 1930s, they created a humanoid robot known as Elektro for exhibition purposes, including the 1939 and 1940 World’s Fairs. In 1928, Japan’s first robot, Gakutensoku, was designed and constructed by biologist Makoto Nishimura.

The first electronic autonomous robots with complex behaviour were created by William Grey Walter of the Burden Neurological Institute at Bristol, England in 1948 and 1949. They were named Elmer and Elsie. These robots could sense light and contact with external objects, and use these stimuli to navigate… 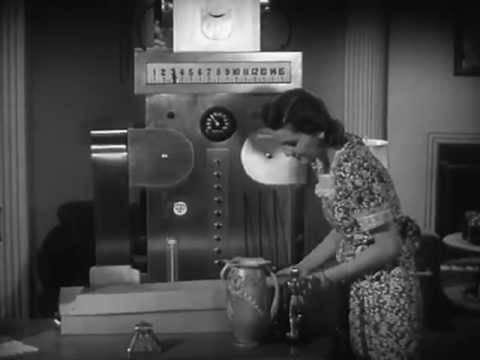