The Asus ROG Mothership is the newest addition to gaming laptops and is also one of the most powerful laptops of the current generation. Asus is one of the oldest laptop and computer oriented accessories manufacturer as well as one of the pioneers in the industry. At CES 2019, Asus revealed its various laptops all of which were at the top of the market in terms of specifications. However, one laptop in particular was in the spotlight due to the massive specifications that it managed to boast. The Asus ROG Mothership features an impressively powerful core i9 processor, which also powers a fast monitor with a 144 Hz refresh rate. While the design of the product is somewhat unusual, people who keep track of Asus products will not be surprised. A large portion of the top of the keyboard is completely barren, as most of the hardware resides in that barren space. Fitting a core i9 processor along with a mobile version of the new RTX graphics cards and three SSDs takes space, something that a relatively slim ROG mothership manages to provide. The ROG Mothership also supports up to 64 GB of RAM, which makes it faster than most laptops currently available on the market. This beast also supports a very big 17.3 inch 1080p display; couple that with a 144 Hz refresh rate, and you have yourself an absolutely beautiful screen with fast response time. The three 512 GB solid state drives will ensure that you can keep a massive amount of data on your laptop, and have incredibly low load times for your games. The solid state drives further ensure low loading times, as well as impeccably fast and smooth game play. The ASUS has yet to announce a release date for their beast, yet many believe that it will be released early in 2019. Photo credit: Asus
Category: Gadgets, Games Submitted by: Brandi M 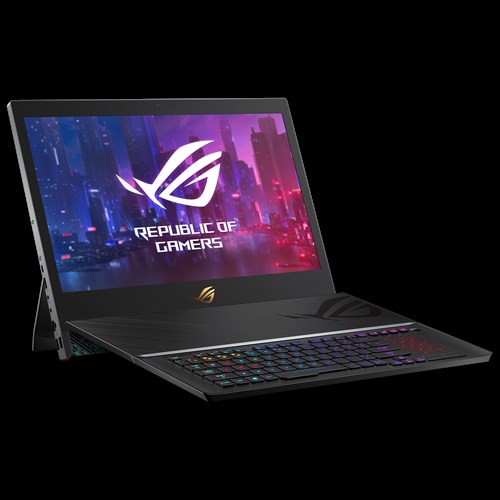