One of the prominent technology brand Apple is now heading towards its new smartphone launch named iPhone 11 and iPhone 11 Max. We are still dicy regarding the design and specifications of the smartphone, but a new render reveals that the devices may carry triple camera set up at the back panel of the smartphone. This is also sure that Apple will be going to introduce something more innovative and attractive in comparison to Samsung’s Galaxy S10 series. 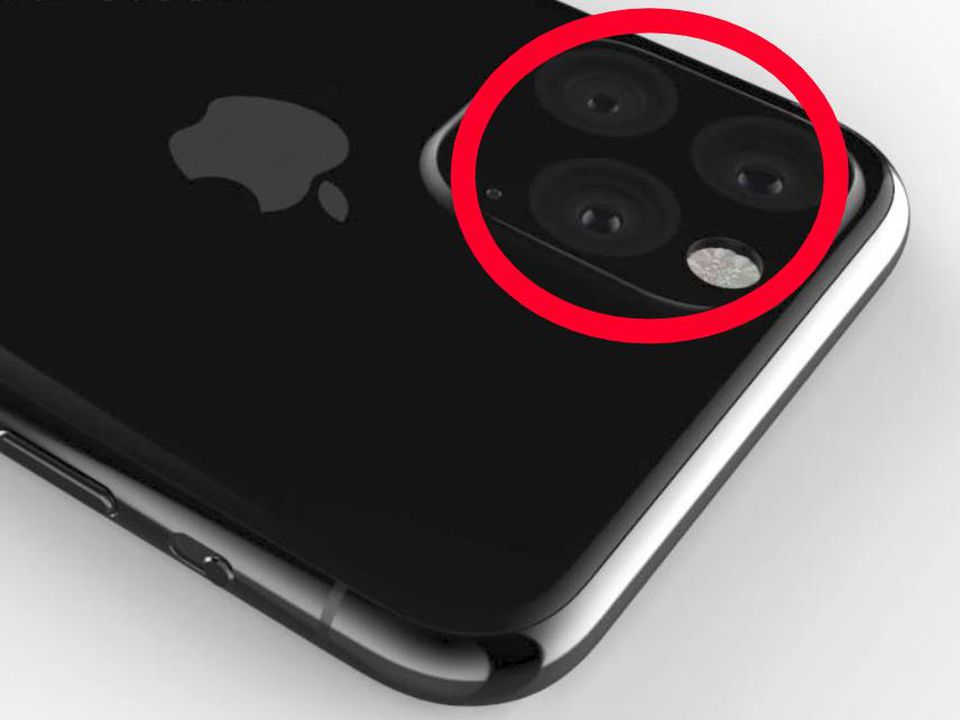 Updated iPhone 11 render based on new leaks CASHKARO AND ONLEAKS

The most radical upgrade (the triple camera setup) actually looks exciting. A trusted source Cashkaro and OnLeaks (aka Steve Hemmerstoffer) detailed in render the design and some other information on iPhone 11/XI. The triple camera setup as you can see in the above-mentioned image gives the feel of novel level of photography. We all know that iPhone’s are best in their optics and one of the significant reason behind choosing the iPhone is their best and class optics. The company is now heading towards serving a challenge to its rivals who have already their smartphones with the triple camera setup like Samsung, Huawei, etc.

World’s most acclaimed Apple Insider Ming Chi-Kuo revealed in his new report that Apple might use the triple camera set up along with “black lens-coating technologies.” Kuo reported that the camera setup is itself the single thing which can make attractive Apple fans to buy or upgrade their iPhones to the next level.

Some of you might think that why Apple would go for this triangular camera lens arrangement when it is so perfect for their proper and vertical alignment.

OnLeaks also confirmed some other detailing of Apple’s iPhone 11 and iPhone 11 Max and that is; the smaller one will carry a screen size of 5.8-inch whole the bigger one will take a screen size of 6.5-inch. And the dimensions are expected to be 143.9mm x 71.4mm x 7.8mm Vs 143.6mm x 70.9mm x 7.7mm. The bezels and the notch are expected to be less in this smartphone now, and this is also likely that the smartphone will now carry a brick type design just like the iPhone 5S.

Hemmerstoffer also revealed that the iPhone 11 would shift from a horizontal to a vertical mute button, just like older iPads. The rear microphone will be placed at the bottom of the camera bump. The black panel present with the camera setup will serve a new and unique look to the entire camera setup. This triple camera setup in the upcoming will be the latest twist.

And this might be possible that Apple will launch its upcoming iPhones with 5G support for connectivity and if this happens, this would be the new revolutionary update in iPhones. Apple might steal the opportunity of getting fame and popularity with these new upgrades by the time when Samsung is fighting for its Galaxy Fold failure.

Just like Samsung other companies like Huawei and Motorola are also trying to become the best and first company for a successful foldable smartphone but if and only if Apple comes with this concept in iPhone 11 series then every other brand will be left behind the new iPhone 11 and iPhone 11 Max.