Apple appears to be going all the way with its in-house processors. MacRumors has reported that Apple will be releasing several new Mac notebooks and a desktop computer with the new in-house ARM based CPUs next year.

Switching to the Arm architecture has many benefits. It will bring down the cost of the processors for apple, and it will bring up performance for the customer. Also, these new CPUs are really power efficient. That means Apple will be able to put them in all kinds of weird and wonderful configurations.

As we have mentioned before, this will be Apples fourth CPU architecture transition. They have a solid track record of performing these manoeuvres well, so don’t expect this one to be any different. This will definitely be a good thing for everyone. It’s going to spark so much innovation in the hardware and software communities, and it will be the shot in the arm the PC industry needs.

You see, since the smartphone and tablet revolution, desktop and laptops have sort-of taken a back-seat when it comes to innovation. Every year the phone has gotten thinner and faster and crammed with ever more cameras, but desktops and laptops have no seen much of a change at all. I believe that Apples shift to the ARM instruction set marks a new era in the computer industry.

Gone are the days of ‘Wintel’ domination of school, office, and government computers. With AMD on the rise and new ARM CPUs being able to run Windows well, the landscape is changing dramatically. 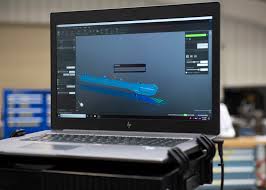