Apple Inc. has been holding discussions with numerous potential partners to attract more viewers to its television offerings. The main TV offerings of Apple include the third-party app getaway Apple TV and the original programming content on Apple TV+.

Impact of deal with MGM

In case Apple plans to enter into a deal with MGM, whether it a licensing arrangement or a wider kind of acquisition of the firm, the tech firm would gain an edge. The deal would give Apple a new dimension that it does not have in the current times – a library. The collection comprises of films such as the James Bond franchise and a diverse range of renounced TV properties and other assets.

Pac-12 has its cable network. In addition to this, it has licensed over 100 basketball and marquee games to Fox and ESPN. These deals are valid till 2024, and thus they will not expire before that. This means that Apple’s involvement before 2024 would not include top draws.

Apple TV+ launched November 1 with a few original shows such as Dickinson and The Morning Show. Its reported price tag was more than USD 1 billion. After the Apple TV system got revamped, the USD 5-a-month streaming service entered the market scene. This move surpassed the distribution deals with connected-TV firms such as Samsung. Apple is collecting a hefty service fee from streaming apps that are available on Apple TV.

Lee Berke, a well-known sports media consultant, stated that Apple has been sending a signal that shows it is a big-time sports player. 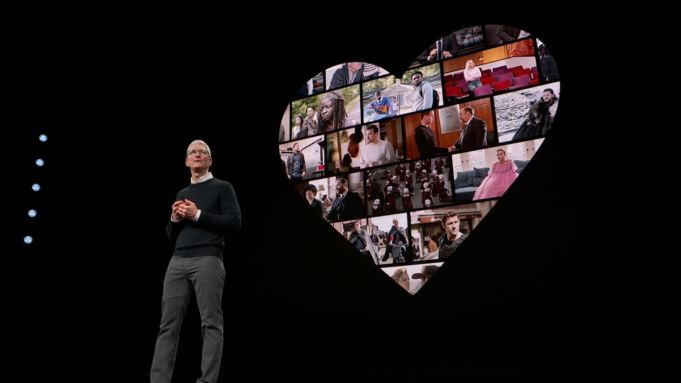