iPhones are one of the great options when somebody is searching for a phone which could have great features in it, also which includes great camera specifications, an internal processor as well the speed it gives to the user. Not only these many more secondary things are also measured before buying a smartphone such as the storage option and you can also say that the battery backup. iPhone is being one of the greatest smartphone ever launched in the market because it fulfils all the requirement of the user and works according to their needs from the smartphone. 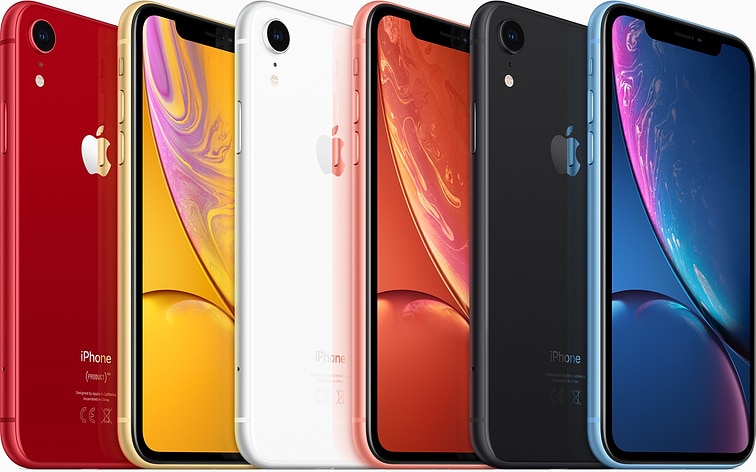 When Apple launched its two new models with the name as iPhone XS and XS Max in the market, quickly after launching this they made a new smartphone to market which comes in the budget of most of the people and less cheap than the earlier model of Apple iPhone. We were shocked by the survey that iPhone XR which holds fewer specifications that iPhone XS and XS Max managed most of the sales in the market and gave a tough competition to the same brand product by Apple. The iPhone XR has become the most popular model in the last quarter as said by the reports.

One more interesting news which will shock you is that the less featured iPhone, the XR model has more sales than the combined sale of iPhone XS and XS Max, which is quite surprising in the smartphone(high-end flagship) market. We cannot say that it doesn’t have many features, rather iPhone XR holds the most amazing design than another smartphone. Also, it looks like that Apple has made the correct alignment with the launch of iPhone XR, by keeping the same design in all the smartphone but by increasing the features in all. We can obviously consider that the main reason behind the great sale of the Apple iPhone XR is because of its color option which is available. We must say that the color option in which Apple iPhone XR is out are quite attractive and have a class.

Consumer Intelligence Research Partners also knew by its short form as CIRP gave some of the very important reports about the sale of the iPhone and we got to know that the Apple iPhone XS has been the worst iPhone in terms of sales, as expected by the Apple, iPhone XS made it completely opposite. The iPhone XR which was explained in the above paragraph has the complete sale of 39% whereas the other two models the iPhone XS and XS Max holds only 26% of sale together which is too low for Apple.

Reports also say that the major reason for the improper sale of iPhone Xs is that buyers might not have seen something new because it somehow looks same like iPhone X which was launched a year before. The above of organisation named as CIRP also reported that somehow Apple has understood that the design needs to be changed and also along with that the large storage option is very important in the iPhone as users are attracted towards that. The main conclusion of the fact is out the larget storage iPhone will be manufactured in this year.

Apple is the most reputed brand, therefore, it surely has to take care of this fact and must take it as a challenge with the buyers. No doubt that the iPhone XS and XS Max hold new and best features than the iPhone XR but the mentality of the buyers change accordingly and changes eNow let us wait for the new Apple iPhone which will be launched in the coming year(2019). Also by some of the reports, we also got some clue that Apple might launch a new iPhone in next few months which will be named as iPhone 11 with the great specification and most interesting in that iPhone is that it will surely have 3 cameras on the rear side which will be used for having great moments instantly. Let us wait for the new iPhone launch by Apple this year.

When we read more about the new iPhone 11 we found that the most interesting thing which is added in the new Apple iPhone 11 is that it is removing its USB-C port and adding one most amazing port named as a lightning port to the smartphone, which will be somehow amazing for the new generation and which will surely attract the users in the market. Therefore now the wait is just for the Apple iPhone 11.