Apple has launched a slew of minute-long tutorials that teach existing owners how to take better advantage of their iPad devices. The videos can find on Apple’s official YouTube channel. The company goes on to offer prospective users a taste of what they are missing on their iPad devices. Currently, the Cupertino technology has introduced two new videos that are available for public viewing at the moment.

The first video covers the screenshot markups that have been creating through the use of Apple Pencil. There’s another clip wherein users can grab a screenshot of whatever is presented by merely pressing the home button and sleep/wake button simultaneously. According to an online report, Apple’s IOS 11 represents an option wherein users can tap on the resulting image in the bottom left corner of the screen, open a markup window and use it to draw or manipulate the screenshot as per their preference. Users can even share the image through the use of share sheets. Following which, one can only save it Photos or delete it if they feel like it. As mentioned previously, Apple posted two videos. In the second video, users can go on to run multiple applications at once through the help of Split View.

Apple’s IOS 11 is equipped with a new multitasking feature. The Cupertino technology giant through the latest update enables its iPad device to function more like a desktop. In other words, users can easily have access to two or more application panes functional at the same time. Apple’s Split View is created with the help of various useful integrated drag and drop capabilities. In other words, users can quickly gain access to quick content by sharing information through apps. The Tim Cook-led firm released four new videos later in the day. In a tweet from iMore’s Rene Ritchie, officials conveyed that these were meant to help the users. However, these videos have not yet been listing on Apple’s official YouTube page.

The first video represents a straightforward tutorial wherein users are showing off all the new features included in Notes. This inclusion consists of the Apple Pencil support and handwriting recognition as well. There’s another video wherein users are teaching how to manage multiple emails at once through the use of IOS 11’s built-in control system. For instance, a new composition can easily be minimized to the bottom of the screen when one pulls down the pane’s handle. This change allows users with unobstructed access to the device’s inbox section. Users can gain access to composed emails by merely tapping on the handle, deleting the swipe off the screen and maximizing the settings through another tap.

Apple posted another video wherein the company highlighted the new Files application. The app consolidates documents and media from a variety of cloud-based storage services like Dropbox and iCloud. “The lack of a true file manager is one of the biggest complaints power users have with IOS, and Files is a step toward solving that problem,” an online report reads. Ultimately, the Cupertino technology giant highlights all the changes that were made to the iPad’s keyboard.

The setting is in specific to the ability with which type of individual character appears in devices through the help of a simple gesture. When users swipe on letters that consist of unique characteristics, derivatives present them with a selection list wherein numbers are given access easily. The company’s latest list of tutorials does contain some repeated lessons which were previously airing. These videos were posted online sometime last year. Therefore, it is assumed that the videos serve as the promotional tool only. 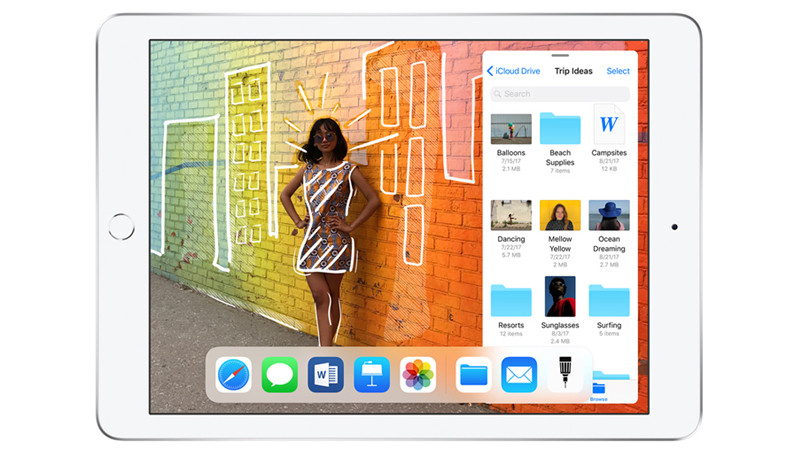