Amazon Echo Show 5 is a smaller but smarter device for your Echo family. It is like a speaker packed in a screen and is easy to carry. Starting at $90, you would get a powerful HD display of 5.5-inch to add in your personal devices.

The gadget is available in two colors, and you can also buy the magnetic stand for $20 that allows the device to stand in a tilt position. The device can perform all tasks similar to bigger Alexa devices such as streaming videos or interacting with visual Alexa skills.

In addition to its touchscreen, the Echo Show 5 has physical buttons for volume adjustment on the top of its body. You can mute the mic and also cut power to the camera with a single button available next to volume controls. There is also a physical shutter on the device to cover the camera while talking to your Alexa assistant.

Other than the buttons on the main body, the device also features power cord slot and an output jack for a 3.5mm cable. Hence, you can plug Echo Show 5 in your single or multi-speaker devices for a beefier and enhanced sound. 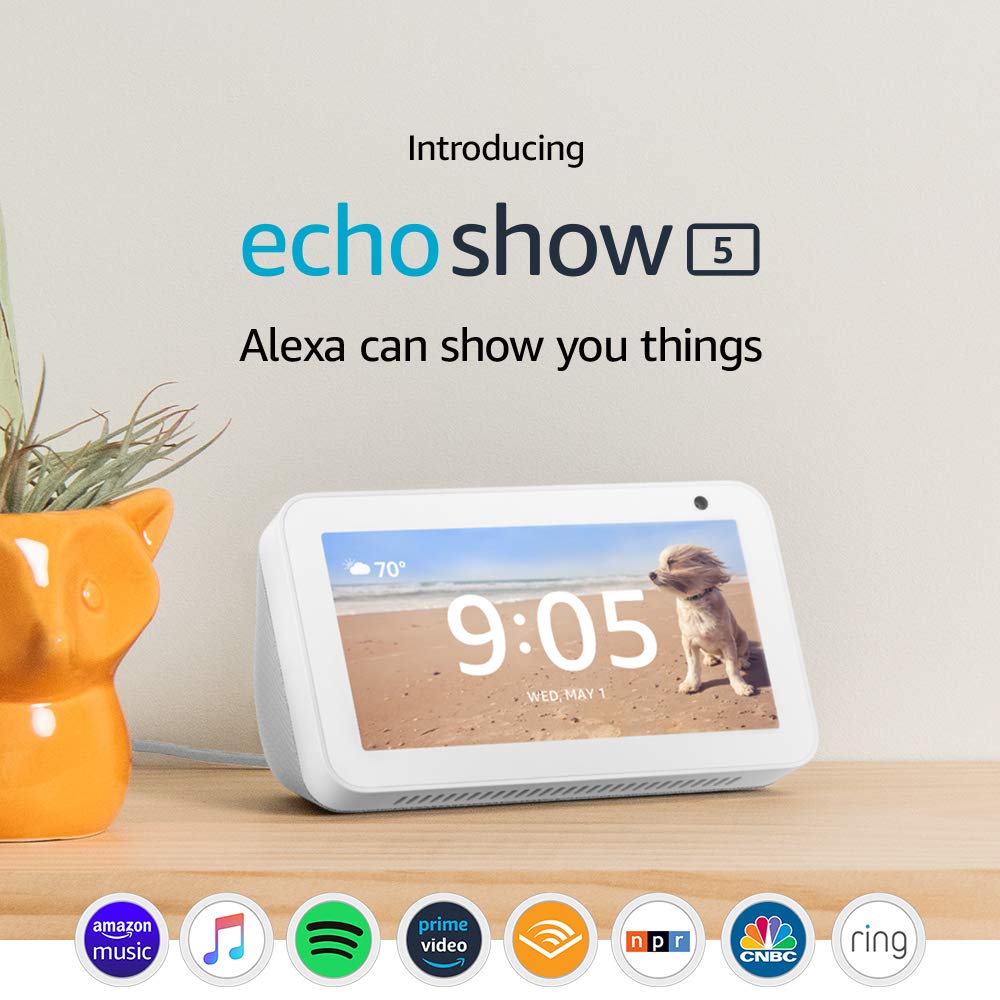