Google has finally announced that it is rolling its Android Pie or p to its Pixel Phones. This announcement comes after many months of testing. The Android P update will be coming to the other smartphones after some months. 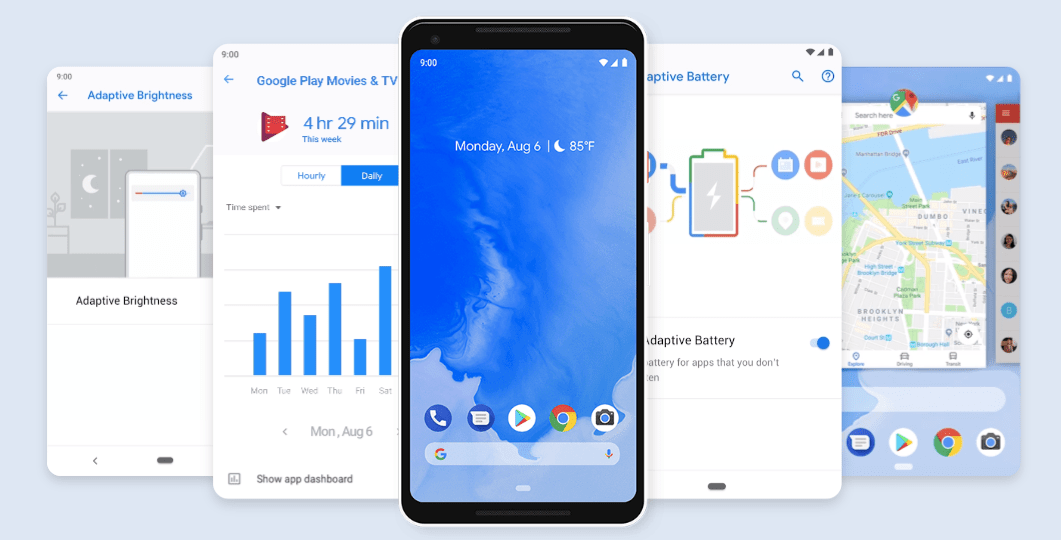 In the Android P update, there are a series of features which will help in making the phone much better.  The phone battery will attain the good battery life on Android. The company has already introduced Doze mode for a battery which is a few years back has made some of the difference. But in this update, it has got a better battery life which is by applying the AI as it does Adaptive Battery in Android 9.

The feature has enabled by default in Android P so that it will follow the use of day-to-day apps. Apps that are not used much will be a shift to the low power state which prevents them from waking up. The apps are not used often as it will not experience any kind of restrictions but they still subject to the standard background limits of the Android.  As per Google, it said that the Adaptive Battery would reduce the wakelocks by about 30 per cent.