Graphics cards are a very common component of laptops; whether they are for gaming or for graphic designing, almost every laptop has a graphic card. On the other hand, Chromebooks have never been considered the strongest machines on the market; rather, they are more oriented toward internet use, like web browsing.

While it is true that a graphic card is not necessary with most Chromebooks, Acer plans on taking this theory down with the help of its new Acer Chromebook 315. This Chromebook will be the first of its kind to feature a powerful graphic card as compared to its other contemporaries.

The Acer Chromebook 315 will feature a completely different chipset from its previous iterations. While most Chromebooks have used Intel and ARM chipsets, this will be the first in a long line of Chromebooks to feature an AMD A6 chipset.

For context the 7th generation AMD A6 chipset is somewhat equivalent to the 6th generation of Intel i7 processors. Although this may not seem very fast, this chipset greatly improves the functionality of graphic cards used with it.

This means that now there will be an affordable and powerful Chromebook that will give you quality performance in a 2-in-1 fashion and you won’t have to break the bank. Other than the AMD lineup of processors, the Chromebook will also feature equally powerful AMD Radeon graphic cards.

The chip landscape is one that is mostly dominated by Intel and ARM, with Samsung’s Exynos Processors making their way to some Chromebooks. That being said, the addition of AMD to the chipset market has been welcomed by the general populous; seeing how most Intel processors are either too expensive or under powered. The Acer Chromebook 315 is the first in a very long series of Chromebooks to come that will offer quality performance for a better price. 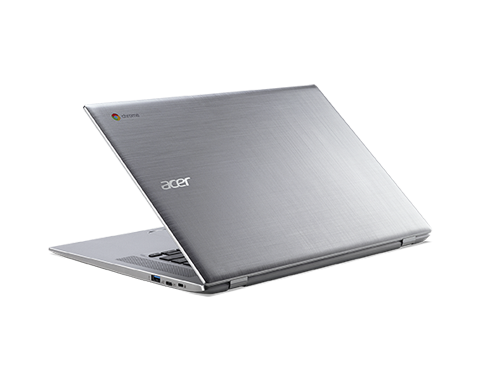