Valorant, a PC only FSP (First Person Shooter) is adding another ‘agent’ (playable character). Riot, the game’s developer, is better known for their super popular game, ‘League of Legends.’ The new character, and 12th in total, is Killjoy, a genius from Germany who is an expert at crafting robotics. The emale agent will be included in the game as part of ‘Act II’, which is Riot’s term for in-game seasons. This will happen on August 4th.

One of Killjoy’s abilities is ‘Alarmbot,’ which is a stealth-assassin sort of machine that will wait for an opponent to move within a certain level of proximity and then follows them and then detonates on impact. This does not kill them, but instead, makes them ‘vulnerable.’ You can even recall a deployed Alarmbot if you need to. Also, there’s a Turret ability that’ll fire in a semi-circle. Killjoy uses a special ‘Nanoswarm’ grenade, as well, that can be thrown and later activated to release a deadly set of robots.

Lastly, Killjoy’s ‘Ultimate’ is a Lockdown that will detain enemies caught in its sphere of influence. The developer has confirmed that the Lockdown, however, can be destroyed by other team.

Killjoy’s inclusion into Valorant will more than likely be a bit controversial. Riot has typically centered the game around gunplay, instead of match-wide powers as in Overwatch. Each agent has fantastical abilities, although the ones offered before this agent were more or less tactical. Things like reducing the enemy’s visibility or getting them to move into a position where you can attack them. On the other hand, Killjoy’s set of abilities are more of a departure from that. 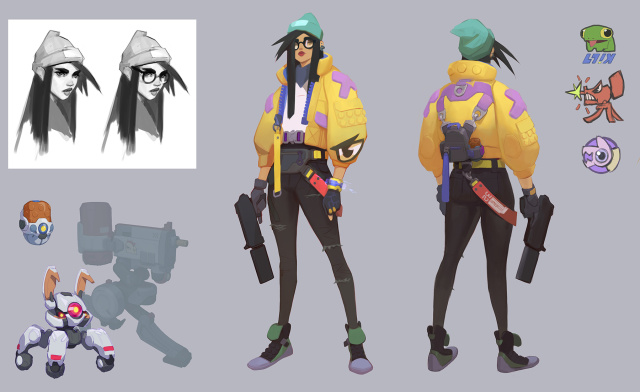