Did someone say better bacon?

That’s right folks, your favorite pork product just got better. Your best bacon is waiting just around the corner.

If you want to live your best bacon life (and we all do), your search ends here.

Check out the 5 essential bacon hacks below!

1. Give Bacon a Bath

The first of the essential bacon hacks might seem weird – perhaps even wrong at first.

However, bacon shrinkage is a real problem, and one most of us would rather avoid altogether.

If you’ve found yourself left with small, withered bacon and are looking for only the biggest and juiciest pieces, try this bacon hack: rinse bacon.

Simply run bacon under cold water before cooking. This technique will reduce shrinking by up to 50%!

If you want to cook the perfect bacon, you’ll need to ditch your old ways and throw that skillet to the curb.

Instead, fire up your oven!

While a quick and easy way to do it, don’t microwave something you shouldn’t.

Microwaves and frying pans are bad news for bacon, as they can make cooking bacon quite unpredictable.

If you want perfectly and evenly prepared bacon, use the method of cooking bacon in your oven every time.

To do this, set your oven at 365 degrees Fahrenheit and leave your bacon inside for 10 minutes. This way, you’ll also get maximum flavoring.

Quick Tip: If you do decide to prepare your bacon in a skillet, start with a cold pan and flip it often. This method will also prevent some shrinkage.

3. Makin’ Your Own Bacon

Sure, you can go to the grocery store to buy your bacon – there’s nothing wrong with that.

But why not try making it yourself?

To hack bacon, you first must have bacon. If you want the best bacon, you’ll need to start with the right ingredients.

All you’ll need for makin’ your own bacon is a 5-pound section of pork belly along with spices.

Curing your own bacon will take some patience, however. Leave your bacon to cure for about a week before eating.

Yes, we said it: bacon can be used as a cure.

The researchers suggest that the protein in bacon and other meats is quickly broken down into amino acids.

These amino acids rejuvenate neurotransmitters that are damaged by heavily drinking the night before.

5. Put Your Waffle Iron to the Test

If you want to make your best bacon with the least amount of mess, try putting it in a waffle iron.

This bacon cooking alternative makes it easy to control the bacon by pulling the grease away from the cooking surface.

If you don’t believe us, just trust cooking show host Alton Brown, who recommends this bacon hack for the best bacon!

Quick Tip: You can use the grease from the cooking surface for waffles or other DIY projects!

What have you discovered cooks you the best bacon of your life? Tell us your personal bacon hacks in the comments! 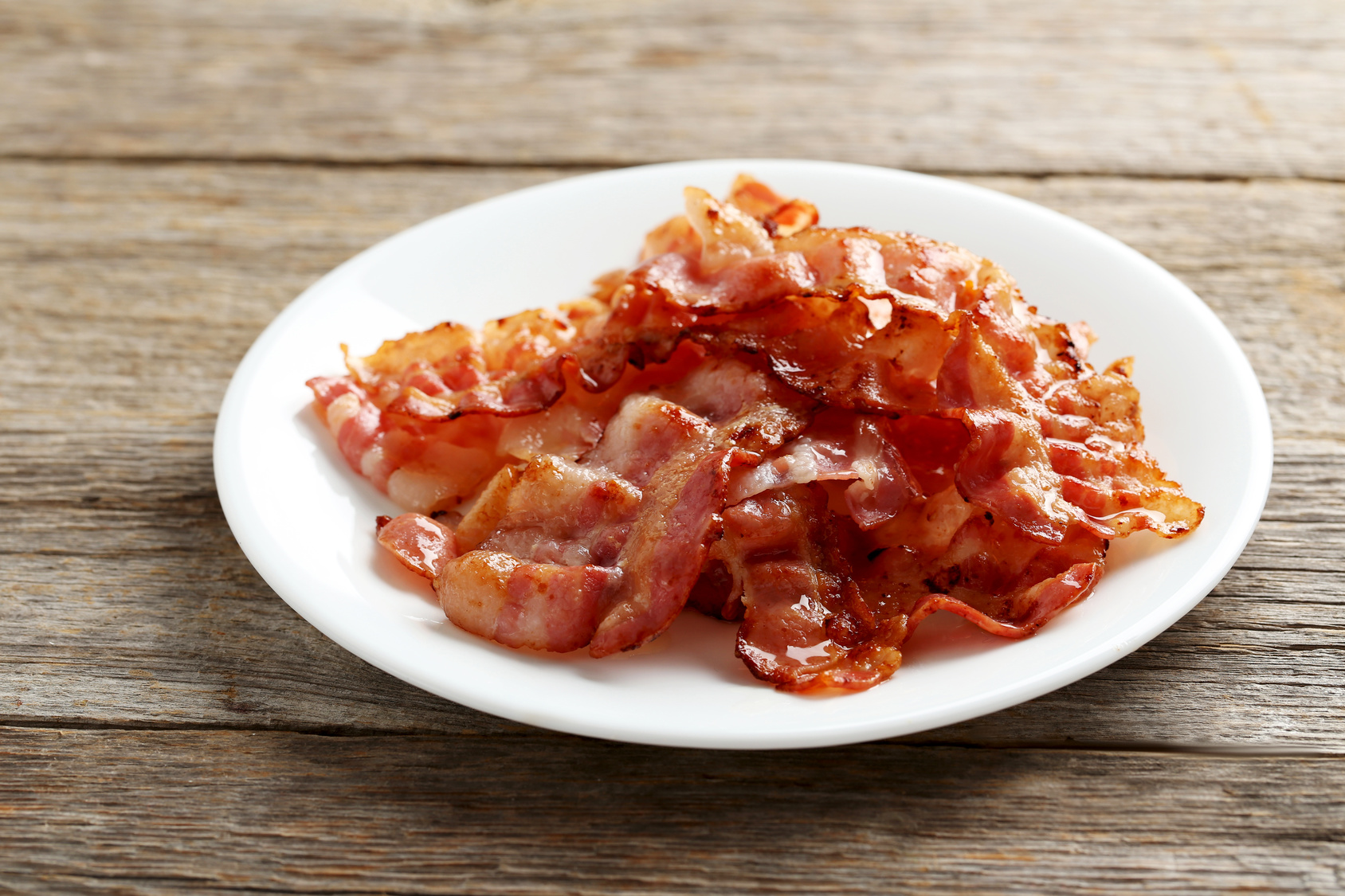