3D printing is a form of additive manufacturing. This means that it starts with nothing and material is added until you have a finished product. This is in contrast to subtractive manufacturing processes such as a CNC, where you start with a bulk material and cut away the pieces you don’t need. 3D printing lets users create real-life, physical components from 3D CAD models. 3D printing is an entertaining way to make things, but there are a lot of 3D printers on the market, and it can be difficult to know which one is best for you.

The Elegoo Mars is a great 3D printer for those who are in the market for an LCD-based printer that’s both easy to set up and has a decent-sized build volume. The Anycubic Photon has a smaller build platform but it has a far more community support and comes pre-packaged with starter resin.

There are some differences between these 3D printers and in this article, we will compare and contrast the Elegoo Mars and Anycubic Photon 3D printers. We will consider value, quality, and reliability.

The Elegoo Mars and Anycubic Photon and are two of the best LCD 3D printers you can get. So, which one is better?

It used to be that if you were on a budget, that meant that you were restricted to desktop FDM (Fused Deposition Modeling) 3D Printers. Stereolithography has only recently become cheap enough for the average maker to afford it. Stereolithography, or SLA,  is a resin-based 3D printing technique that provides far superior print quality when compared to FDM machines. Until recently, these machines cost thousands of dollars and were mainly reserved for professionals and hobbyists with deep pockets.

That all recently changed, and now there are many low-cost desktop-sized resin-based 3D printers on the market. Now, budget-minded makers are able to access high-quality resin 3D printing.

Both the Elegoo Mars and Anycubic Photon have become hugely popular in the 3D printer market. They are capable of producing some extremely high-quality 3D objects at a low cost. If you aren’t well-versed in all the various 3D printer technologies, it may be a struggle to decide when it comes to Anycubic Photon vs Elegoo Mars.

To clarify, we have assembled an overview of the Anycubic Photon vs Elegoo Mars. In this article, we will compare and contrast these two machines. We will go over the pros and cons of each one.

The Anycubic Photon was one of the first LCD 3D Printers to cost less than $500 dollars. The star of the show in this kind of 3D printer is its LCD screen resolution. The Anycubic Photon has a 2K panel, so that’s pretty sharp for the price.

The build volume on this 3D printer is somewhat small at only 115mm by 65mm by 155mm. So, they are limited in what they can make with the Anycubic Photon. It is an affordable and accessible way, however, for makers to gain experience with LCD-based 3D printer technology without having to make too big of an investment.

The Anycubic Photon is an extremely compact machine, though, so the smaller build volume is sort-of worth it. The 3D printer has a 2.8 inch full-color touchscreen mounted under the build chamber. The build chamber is composed of a resin vat and a build plate that rises to make the next layer. The 3D printing process is visible via a front-facing window.

The Anycubic Photon arrives totally put together, so it requires minimal effort and just 20 or 30 minutes to get up and running. Once it’s all set up, you will be able to prepare 3D models with the included slicing software. So, it’s really easy to get printing without having to speed up too much time adjusting the 3D printer’s settings.

The Elegoo Mars isn’t new, as it was released back in 2017 and it took quite some time before the Elegoo Mars resin 3D printer was finally fully introduced to the market. It’s got a compact 120mm by 68mm by 155mm build area, but even though it has a small build volume, it really makes up for that in consistent production of high-quality prints.

The Elegoo Mars has a 2560×1440 resolution masking LCD. This resolution will provide an extremely high accuracy when printing, resulting in a resolution of 0.047mm in the X and Y axis. Reviews of the Elegoo Mars state that it is effortless to use and is as great as a budget-priced resin 3D printer could be.

The Elegoo Mars build plate uses a ball-jointed mechanism to keep it level. This 3D printer features a 3.5-inch color touchscreen and a red, UV-blocking lid that covers the build chamber. This makes it so the printing process can be observed from any angle.

The Elegoo Mars doesn’t rely on proprietary slicing software. Instead, this 3D printer ships with ChiTu firmware and ChiTu Box print preparation software. The software is pre-calibrated for your printer’s settings. This slicer has some interesting features like model hollowing, which helps save resin during the photocuring stage.

The Anycubic Photon and Elegoo Mars are pretty similar, but there are some important differences in some key areas that set these LCD 3D printers apart from each other. Below you will find a breakdown of some of the most important features that will help you figure out which option is best for you.

The Elegoo Mars has a slightly larger 120mm by 68mm by 155mm build volume as compared to the Anycubic Photon. The Z-axis measurements, though, for both of these 3D printers are the same. But remember, the Mars has an additional 5mm on the X-axis and 3mm on the Y-axis compared to the other printer.

The print quality that you get from resin printing is indistinguishable to the naked eye. Both the Anycubic Photon and Elegoo Mars provide XY resolution of 47 microns and a Z-layer resolution that can be as fine as 10 microns. So, in regards to print quality, both of these machines provide excellent results.

Like most low-cost 3D printers, the price of the Anycubic Photon and Elegoo Mars varies depending on where you buy it. For example, the Elegoo Mars has a list price of $369 on the manufacturer’s website but you can get it for almost $100 less on Amazon. In contrast, the Anycubic LCD printer is priced at just $249 without resin or $289 if you opt for a kit that includes resin.

As a result, the difference in price between the two will be in flux and likely remain pretty variable depending on what outlet it’s purchased through. Remember, the Elegoo Mars doesn’t come with any starting resin, the Anycubic Photon includes 250ml of starting resin.

These two machines are both plug-and-play 3D printers. Also, both devices are mostly entirely pre-assembled and require only a tiny bit of tinkering by the user before they can start a print. For both machines, the most important step is the insertion of the vat and the attachment of the print plate. The Anycubic Photon does, however, require a few more steps than the Elegoo Mars.

Once you get it set up, the leveling process for the bed is very similar between these two 3D printers. Both the Anycubic Photon and Elegoo Mars are essentially plug-and-play 3D printers. It is important to note, however, that the Elegoo Mars is the easier and quicker of the two to get up and running.

The Anycubic Photon and Elegoo Mars work on essentially the same technology. Both of these 3D printers use a 2560×1440 masking LCD. This LCD regulates where the resin-hardening light is projected, layer by layer, into the resin vat. The Elegoo Mars does have a larger touch screen and build volume, but only slightly. Otherwise, mechanics are more or less the same. The outside of these machines, on the other hand, are much distinct from one another, especially when considering the red UV-blocking lid that the Elegoo Mars equipped with. This contrasts with the limited view of the front-facing window of the Anycubic Photon.

3D printing technology is getting more and more advanced by the year. Because of this, the market of available 3D printers is growing exponentially. The two in this review are some of the best LCD-based resin 3D printers you can get. Both models work using a method called stereolithography. Basically, stereolithography is the act of solidifying liquid materials.

Both the Anycubic Photon and Elegoo Mars use DLP (Digital Light Projection) technology and UV light to cure the printed objects.

Both of these 3D printers use great slicing software for producing objects that need supporting structures during printing. Both pieces of software are intuitive and easy to use, which makes them both well suited for beginners. Also, both 3D printers are almost entirely assembled and neither require any technical knowledge to set them up.

It is important to note that the Anycubic printer has a somewhat loud ventilation system that several reviewers have complained about. The Elegoo Mars gets the same complaint, though, albeit much less frequently. In this way the printers are mostly on par with each other, but the Elegoo Mars is definitely the quieter of the two.

Both of the LCD 3D printers are great values in terms of the results they deliver, especially considering that the price of these 3D printers are both well under a 500 dollar price point. At that price, these machines deliver an extremely accurate print quality that is rarely matched by comparably-priced (and sometimes even more expensive) 3D FDM printers.

It’s difficult-to-impossible to find any difference between the same object printed by each printer. The user will likely not be interested in the deviations that one could only find under the microscope, but even still, differences between the two printers are hardly noticeable

The Anycubic Photon includes a USB port and an SD card slot, so does the other printer but this one has more accessible connections than the competitor’s model

When it comes to batch processing, the Anycubic Photon comes out slightly ahead. When printing many jobs in a row, the Elegoo Mars may experience a firmware error. It’s rare but it occurs. It’s really important to consider, however, that these errors can then be easily prevented by restarting the printer every few printers or so. This problem simply doesn’t happen with the Anycubic Photon.

When it comes to Elegoo Mars vs Anycubic Photon, there isn’t a clear winner. Both of these 3D resin printers are great examples of excellent price-to-performance ratios. They are both affordable and have reasonable feature sets that don’t include unnecessary bells and whistles. Moreover, they are both easy to set up and are quick to get up and running.

When choosing between these 3D printers, the most important thing to keep in mind is going to be your personal preferences. If you need a larger build-volume and don’t mind dealing with software quirks here and there, the Elegoo Mars is the printer for you.

If you are OK with a smaller object volume, however, and you also don’t mind a louder operational noise level, and you want to transfer your object files via USB or SD card, then the Anycubic Photon is the best choice for you. 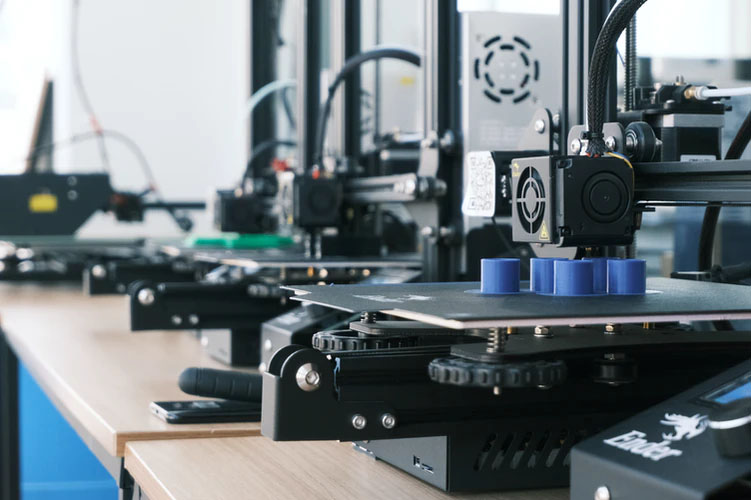