Apple’s decision to extend support for its digital stylus Pencil is a big deal for users who enjoy writing or drawing. The Cupertino technology giant recently launched its iPad device at a recent education-oriented event. Surprisingly, it is the first such iPad tablet that comes with the support of Apple Pencil. Before this, only the company’s iPad Pro line-ups included support for the Apple Pencil. As can be recalled, the last time Apple launched its Pencil support was with the 2017 10.5-inch iPad Pro. 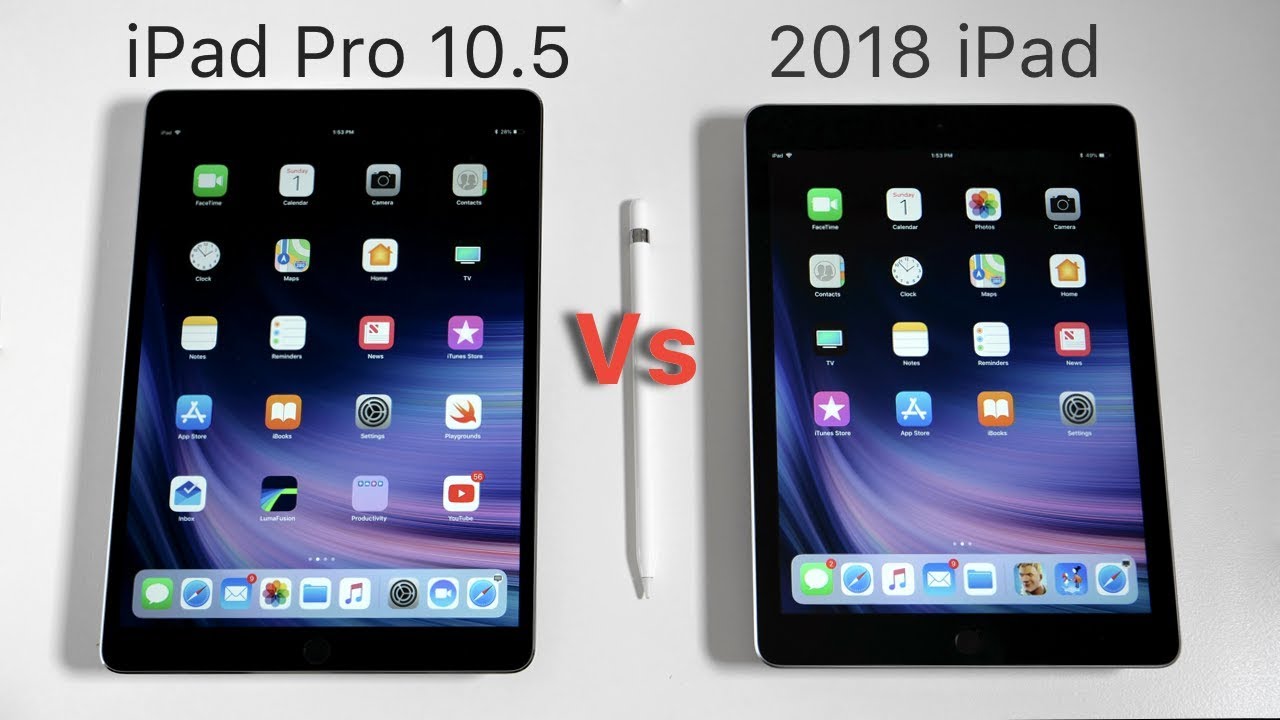 The device came for a price of $649. It makes one wonder what differences lie between the two devices. It goes without saying that there are a few fundamental differences in the display technology between the 2018 iPad and 2017 10.5-inch iPad Pro. The differentiation regarding display makes significant changes to the experience for users. The 2017 iPad Pro goes on to extend support for Pro Motion, which is a technology that refreshes the screen at the rate of 120 times a second rather than the standard 60Hz, which is often seen on most of the other Apple devices. The difference between the two is immediately visible mainly in the slow-motion footage. The slow-motion footage showcases the iPad Pro’s display as being extremely fluid when it comes to interacting with the Pencil.

It takes a much longer time when it comes to testing the Apple Pencil’s response time on both the devices. However, in the case of the 9.7-inch iPad device, it takes a slightly longer time for the screen to begin functioning once it is integrated with the digital stylus. Another vast difference when it comes to the iPad Pro’s display is that it is entirely laminated. The lamination allows users to experience the illusion of an LCD panel, which in reality, is a part of the cover glass. The device’s display technology also helps boost contrast and color reproduction at the same time. At the same time, the budget iPad device sports a non-laminated body. It looks slightly grey when compared to the broad blacks that the iPad Pro is capable of reproducing as such. It is easy to note the gap in between the display and the glass of the cheaper model as well. When it comes to using the Apple Pencil, the gap becomes much more noticeable. This difference is prominent because concentrating on the stylus tip is crucial at the point.

According to a report published by Mac Rumours, the gap can lead to problems about the device’s accuracy. One might face issues especially when they are attempting to draw detailed graphics by not looking directly at the iPad. The same thing is not applicable to the 2017 iPad Pro. The gap between Apple Pencil and LCD is almost non-existent. Therefore, it feels like one is drawing on a piece of paper. By this, it is safe to assume that the Apple Pencil experience is way better on the 10.5-inch iPad Pro in comparison to the 2018 iPad. However, the former comes at two times the price of latter.

The thing with the 2017 iPad Pro is that its display consists of P3 wide-color gamut support. Therefore, the colors end up popping out. The Pro’s screen a bit brighter as well, which is helpful when it comes to using the device outside. On top of that, the iPad Pro has an anti-reflective coating which helps cut down on the glare. The Pro’s display includes a True Tone technology, which automatically tunes the display’s white balance to match ambient light. 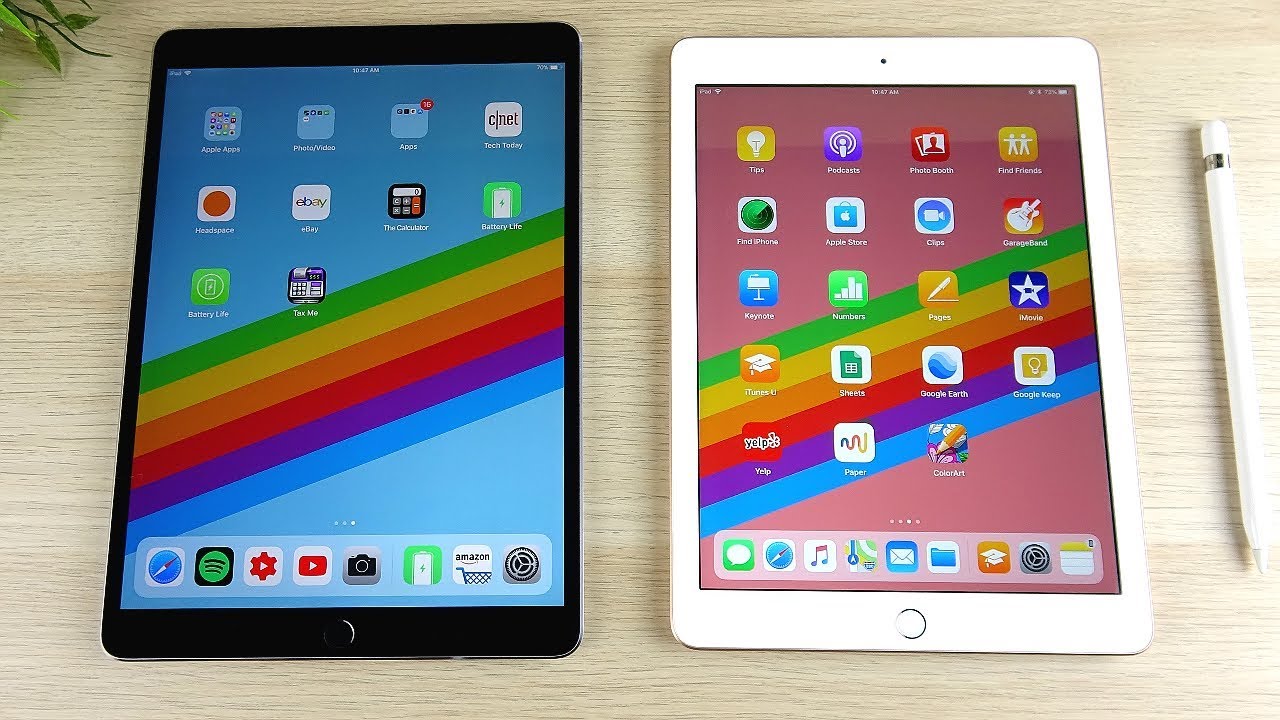