Chinese smartphone is getting their higher position in the market by giving great features in the smartphone. The best smartphone brand which is focusing to get major sales is the Xiaomi. This brand Xiaomi is giving a good amount of feature which all the high flagships gives such as Samsung Galaxy S10 and many others as well and even giving it on a very low price. It also has a good collection of smartphone and varies from high variant to low variant. Basically, now Xiaomi has good news for the people who are focusing on new technology smartphone because it is adding a new smartphone which is a double folding phone. 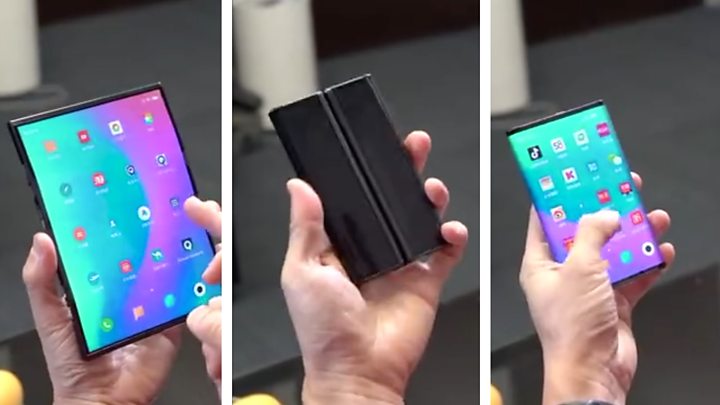 the Xiaomi’s co-founder named as the Lin Bin given a video which says that they are about to launch a new smartphone and also that video is detailing about the new double folded smartphone. This technology has been added to give users a great time work as they can use the smartphone both in a tablet and smartphone design so that it would be more effective in work. There are many smartphone brands which are adding the foldable screen in their phone but Xiaomi is the one which is adding foldable screen which can also turn into a tablet form.

In the official report of Xiaomi, there was not much about the smartphone but the video which was being out by its co-founder, Lin Bin has revealed the complete device in that video. You all must have read in the reports as well as also it was found that Xiaomi has many series which can be conquered which results in the( as said by the certain reports, “a series of technical problems such as flexible folding screen technology, four-wheel drive folding shaft technology, flexible cover technology, and MIUI adaptation.” The interesting thing which the smartphone has is that it has uses the MIUI software for its new foldable smartphone. Basically, it is a tablet which also transfers into a small smartphone. This step by Xiaomi to introduce both tablet and a smartphone in a single device is such a great step for the future and especially for business peeps.

This smartphone had most of its leak nearly in the last month which also gave a great competition to most leading smartphone brand named as Samsung because it is also about to launch its foldable smartphone in the market. Therefore it is completely visible that market will have a contradiction for which one is better or not.