Vivo is one of the reputed Chinese smartphone brands such as OnePlus and is leading in the smartphone market with the launch of some interesting featured smartphone in the market. Vivo has launched many smartphones till date which varies from the cheap price to the most expensive smartphone as well. The Chinese brand is majorly famous for giving more features in the mid-range smartphone so that the user should be attracted towards the model. Some days before as well you all must have been rumored to Vivo’s smartphone which will have a pop-up camera and will also have a complete display ratio but now the smartphone which we will be talking about doesn’t have any discussions even at CES 2019. 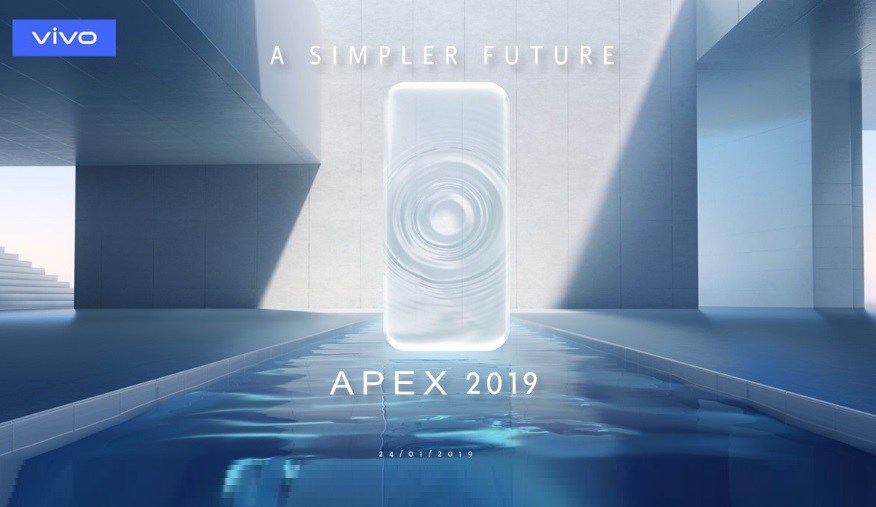 Vivo is getting hard day by day for other smartphone manufacturers because Vivo officially declared about its new smartphone which is named as Vivo APEX 2019 which will be the best-featured smartphone launched by any of the Chinese brands and that too at a very low price which is somehow great because users always attract for the new feature in the market. These reports came from the official website of VIvo when they posted the image of new smartphone and that too with a name as a water droplet.

When Vivo launched its earlier APEX concept in the market it was mind-blowing and attracted many of the tech giants as well as gave a very tough competition in the market itself because it had good features than before such as, it brought the concept of the bezel-less screen which looks really well and pop-up camera which was like an advantage to the smartphone was also added earlier and the interesting part which was being added is the UD scanner which brings the smartphone with a name of latest technology smartphone. UD scanner is one of the best technology and gives the user a scanning portion to the complete bottom half.

Rumors and images are very important for the market to know therefore Vivo is going systematically with all that it launched a new teaser which shows that the smartphone will have the water ripples. Not only this it was completely visible that the smartphone has a stunning design with rounded corners. For the users and market, Vivo named the tease with a title of “Too Simple Future” which gives a positive impact for the smartphone. Also, some reports also came that the smartphone will be having great unlock technology and the in-display fingerprint scanner can be better. Earlier smartphone of Vivo which was named as the Vivo NEX was faced with some of the negative technology of in-display fingerprint scanner, whereas now the technology has been improved and will be better also in the next smartphones as well.

Vivo also gives the model number of Vivo APEX 2019 as the EKI1831. This phone will surely come with a liquid metal chassis and that too with no buttons. Therefore let us wait for the smartphone launch i.e. till 24th January