There has been information released about the forthcoming all-electric SUV by Audi, but this is the first time that you will get to know about the interior of the SUV. According to the images released on the internet, the cabin of the 2020 Audi E-Tron model is going to be all high-tech and screen-heavy place. Similar to the other latest Audi models, this SUV will also have a stylish look and class too. When you talk about the biggest technological advancements that have been added to the cabin making, it is the virtual side mirrors. 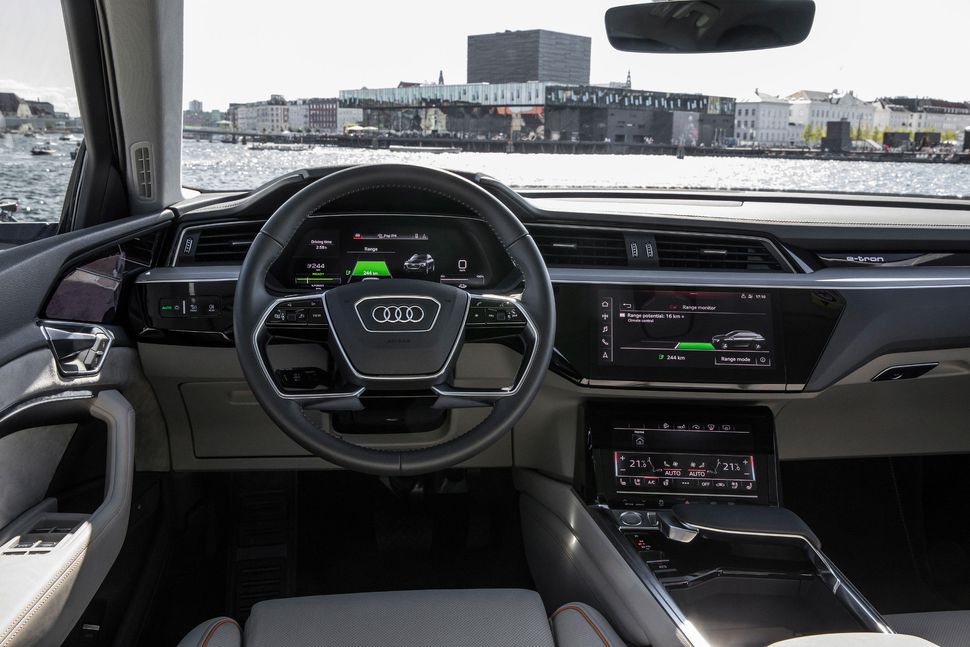 The latest 2020 model is about to ditch the age-old tradition of adding exterior mirrors, and in place of it, the model adds small cameras on the exterior of the doors along with 7-inch OLED displays on both the doors. These virtual side mirrors are said to cut the drag by almost 2 to 7% which is vital in an electric device. You get to have the cameras that will have several viewing modes such as the highway driving, urban turning, and parking as well. Audi is planning to release the E-Tron SUV model as the first series production car that is equipped with virtual mirrors while launching it in Germany, however, for now, the system is certainly illegal in the United States.

Other than the virtual mirrors, the rest of the cabin is installed with screens. The centre and the front is the virtual Cockpit which is the full-colour and reconfigurable digital instrument cluster you might have grown loving it in the Audi models. When you look at the dashboard, you will see the newest twin-screen MMI infotainment system along with the primary controls taken care of on the upper display and climate controls relegated to the lower secondary screen.

Audi calls its flat dashboard top as a stage that is expressed by ambient lighting all over and an illuminated E-Tron badge on the passenger side of the seat. You get a wide centre console along with flat armrest that is for all the better things for making use of the touchscreens. The optimal orange coloured stitching and piping for the leather seat is made in such a way that it can recall the orange colouring that is used for high-voltage wiring looms all throughout the vehicle.

The interior of the Audi E-Tron model is spacious enough for five passengers to sit comfortably and travel for longer distances without any discomfort. Though the car does not feature leg-or headroom specifications, both are considered to be top-class when it comes to luxury SUV series. Travelling with five passengers is promised to be comfy and easy by the makers of the model because the E-Tron will be very quiet from the inside.

They do not have the usual background sound of the internal combustion engine, which is why the electric cars will seem to admit more wind and road noise. The E-Tron model has its sound-proof and sealed body wherever possible so that the only sound that would be audible is the sound from the tires and the gentle hum of the motors. 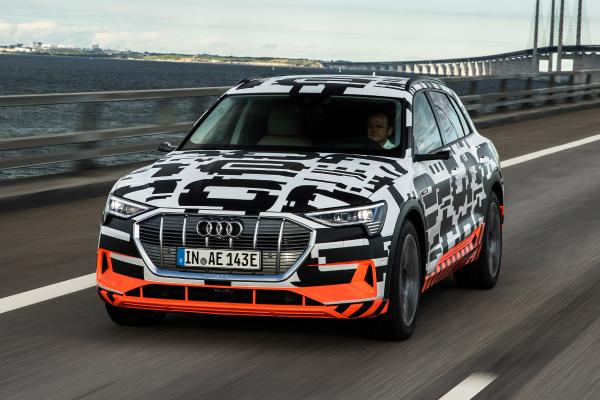