Smartphone games are emerging nowadays in the youth as well as teenagers. Earlier people use computers for playing games but now by an increase in technology, the smartphone is enough for playing games with complete fast processor and efficiency. Also, you must be thinking that smartphone would never give the same graphic which PC’s give but here you might be false because some smartphone equally competes with the graphics variant and speed with the computer.

From the last 3 years, the smartphone market has so many features to give in the smartphone, you can completely take the example of OnePlus, Apple and many other companies. But here, we will give you the brief what all major companies are up with the smartphones, so that the user can play their loved games everywhere they wich too(PC cannot be taken in hands but a smartphone can).

Let us now introduce with the new Chinese emerged smartphone which was manufactures for the game lovers by Nubia, which got a name as Red Magic Mars smartphone. You must have known the best phones with the latest technology but I am pretty sure that you will be getting surprised after having information about this new smartphone by Nubia(Chinese smartphone brand). 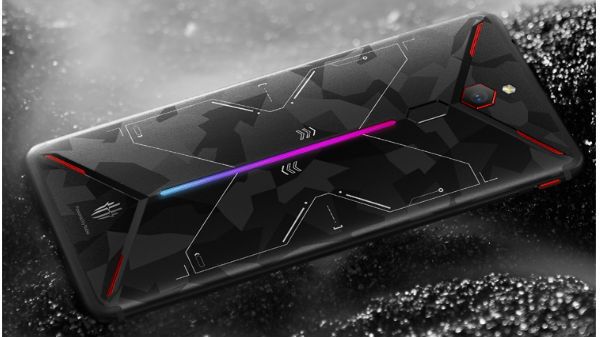 The processor is one of the most important features which holds the speed, yes it holds the latest processor, Snapdragon 845 and most importantly around 10 GB of RAM, the first smartphone which holds this quantity of RAM. The processor and RAM simply indicate that this smartphone will have a great speed and fast technology than other smartphones. Most importantly, the gamers need the fast processor with the good amount of RAM, and suddenly both these are packed in this Red Magi Mars smartphone. The market acknowledged that these types are smartphones are perfect for gaming source. Earlier this year Nubia also launched its previous model of smartphone which also holds Snapdragon 835 which is much better than others. The last smartphone was launched in April 2018 which was also titled as the gaming smartphones.

Having good features are not the only things which a smartphone should hold but regarding this, the protection is much important, therefore this smartphone also adds the vapor cooling system and also the RGB light strip.  The most interesting thing which you will find in this smartphone is that you can add a joystick to any end of the smartphone to have a better gaming experience than ever before and which will be used efficiently. It will be used to be free from the 6-inch screen and most importantly the 2160×1080 LCD screen. One more thing which this smartphone holds which is perfect for gaming is that it holds the great battery of 3,800 mAh which is much better and will surely work for the entire day. With all this, it also has a built-in speaker and also a voice changer which is unique and would not be found in other smartphones.

The Red Magic Mars smartphone is not just the gaming smartphone which was being told till now, it also holds some of the important features which a normal smartphone brand like Samsung holds. This smartphone have a great camera configuration, it has the 8 MP front camera with 16 MP of the rear camera which is also a great option to have. The company officials said that the smartphone will be start sipping by the first week of December with the three great variants,