The introduction of RCS (Rich Communication Services) in the United States and many other markets have a rather slow effect. The SMS successor, however, just got a significant boost from Google and T-Mobile. The pair have announced that they have partnered to make RCS messaging available to all T-Mobile (and Metro) customers.

There was a limited roll-out in 2015 and an expansion in 2018, but T-Mobile is claiming that it’s the first carrier to put into place a full RCS solution using Google’s Messages platform. If you own an Android device and use their network, you’ll be able to take full advantage of the new protocol’s features, including typing indicators and read receipts, when messaging Android users in other abroad. Remember, the person you’re texting will need to be using a compatible device and have service from a carrier that supports the protocol.

Until now, you had to jump through many hoops to use RCS. Mostly because the carrier’s implementation of the protocol was varied. Now, T-Mobile is entirely on board with the Universal Profile, the experience will be seamless, and we expect other carriers to follow suit.

T-Mobile customers will no longer have to go into their phone settings to enable RCS, and they won’t have to install a third-party messaging app either. The third-place carrier says about 40 devices, along with some of those available through Metro, will support the protocol out of the box, and there are many more RCS compatible phones coming soon.

We don’t know how exactly the partnership will affect the Cross-Carrier Messaging Initiative T-Mobile, AT&T, and Verizon announced last year. Back then, the carriers said the project would create a “seamless” and “interoperable” RCS experience across all their networks. Sprint was not mentioned, but seeing as they are merging with T-Mobile, its safe to say network number 4 will be included. 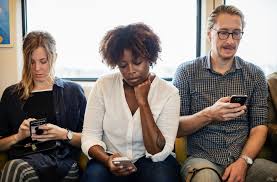