Xperia one of the best models by Sony, which also has a pack full of premium features in it. Sony’s smartphone is famous for its great design and specifications. You must be aware that sony is very irregular in launching its smartphone ( It doesn’t have the right time like OnePlus or other companies but always hit the market after releasing its product). Sony’s Xperia is the most famous model in the smartphone market and its new product always have a hit in the market. Therefore now, Sony is changing its habit and launching its most premium featured smartphone, Xperia XZ3.

You must have heard the rumours and report of this device in the month of August 2018, but now its time for its sale in the UK where the market will have a perfect competition. The most important thing which this smartphone have is the glorious 4K OLED display which also comes with the great visuals. As good as the display the Xperia XZ3 has more features in it. More features are mentioned below.

The screen and the display is the most important thing for a smartphone because of which market gets attracted, Xperia XZ3 has  6-inch OLED QHD+ screen which also defines that Sony is also giving some of the important features of Television to this smartphone. It is more general that if its screen has these much specified therefore the content in the smartphone will be sharper, brighter as well as more colourful than other smartphones brand, this display will also be the attraction part for this smartphone and obviously having the 4K content will give you more special attraction also with the HDR((High Dynamic Range) technology.

Another smartphone companies have the fully-edge-to-edge with a fairly chunky bezel top and bottom, this is the thing which lacked the new Xperia XZ3, but still, Xperia XZ3 will be the best in terms of display. 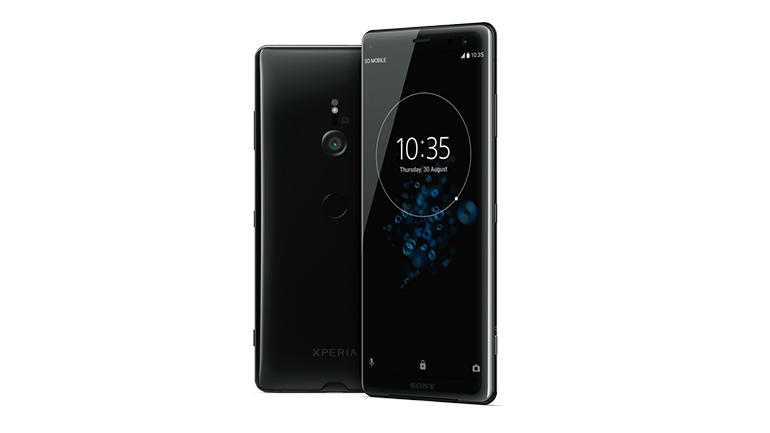 Also, the company has reported that the smartphone will have the best front facing S-Force Surround Sound speakers in it. Sony has not majorly focused on the screen length but yes it has expanded the screen to the borders and has also added the slight curve which looks completely awesome over the edges. The display, therefore, is the best in terms of other smartphone and it is true that Xperia XZ3 stands above in the market in terms of display and screen.

Xperia  XZ3 will gonna be the best smartphone for the people who want a good screen and display.

If we compare the new Xperia XZ3 with the earlier model of Xperia then you will simply find that the new model has more curves than earlier and also the company have added many colours which attract the people. The best thing which the new Xperia holds is the purple colour which will definitely give the dashing look in the person’s hand. The main thing on which market attracts is the position and the filtering of buttons and also the design, therefore, the new Xperia’s XZ3 has its side button on easy reach and a glass curved back, which looks stunning.

But it is but obvious that every smartphone has one or the other fault or disadvantage, in the same way, Xperia XZ3 has, the fingerprint sensor on the rear side is unpositioned and lies just below the camera. The main issue which this fingerprint sensor is that there will be more chance to place your finger on the camera lens instead of the fingerprint sensor. This problem was reported to Sony earlier this year when it released its Xperia XZ2 but no step was taken by Sony.

Except for the fingerprint sensor, the complete smartphone stands out to be amazing with all the features and most importantly the body which it holds is the best and also has the solid build quality because of which the smartphone become amazing.

Reports also came that the new Xperia XZ3 has a wonderful screen glass that it doesn’t have even a scratch after falling down from height all because of the gorilla glass and its tough stuff.

You must be aware of the smartphones of other brands which dual camera but here the Sony Xperia XZ3 has only one camera on the rear side of the phone and that too of 19 megapixels, but Sony itself said that it would be the best around everyone and will be featured as good. Also, this camera is the premium upgraded camera and you will have a great shot as said by Sony.

Sony doesn’t have any problem with dual-lens because it has the 4K HDR Movie recording which Sony is keen to point out makes its device one of the only in the world that lets you record and view footage in full 4K quality. You must be familiar with what is 4K video, the video will be amazing and also gives the best results. Along with this, another thing which you will get if you will by a Sony Xperia XZ3 is that Sony has upgraded its camera to the super slow motion recording which now means the 960 frames per second footage with the Full HD quality. Xperia XZ3 look like it has given every person some or the other thing in this amazing smartphone, for the photography lovers it has improved the rear motion eye camera which was created exclusively by Sony award-winning ‘α’ and also with the Cyber-shot camera ranges which will surely give you the good color and contrast which is all you need in a picture.

Not only this the new Xperia XZ3 has so much with its camera which will even more surprise you such as it has the new Predictive Capture which helps you by having automatically images when it will have an action or a smile in the focus or anywhere on the screen and will also give you the option to pick one photo among the one(gives you multiple of images to select from). Xperia XZ3 also adds a technology named Autofocus burst intelligently which gives you the image by adjusting the focus and by making good shots.

Yes, it is true that the photographic range of phones has so much of competition with other smartphone brands, Pixel 3, Huawei P20 Pro and yes the most important iPhone XS is the best in quality and great competition of Xperia XZ3.

All the Samsung’s new flagships such as Note 9 and S9 are having the lastest processor, yes Xperia XZ3 also goes with the same Qualcomm’s impressive Snapdragon 845 processor which will give its best in terms of processing apps and many more and will also give you the great experience, not only this you will also get surprised after knowing that, this phone also has an Android 9 which will booster up the speed along with the experience.

The new Xperia XZ3 has a great battery of 3,300 mAh which will last for around 1 day as tested by the Sony, this battery will be amazing for the users who want to use their smartphone for casual works, not only this Sony is trying to be the best in everything therefore with the great battery it also adds its unique battery saving technology to the Xperia range which helps the longevity of the device which will boost the battery for more working hours.

Now you all must be aware of the specification and feature which the new Xperia XZ3 will give you and is also the perfect competition of all the flagships out there in the market but you will be surprised by its actual price.

Yes, the actual price is less than Samsung’s S9, Pixel 3 or another, you can buy this smartphone for $922.92. Isn’t it quite cheap according to specification?

But if you will compare this with the OnePlus 6, therefore it is expensive than this. Now you have the option to buy whether earlier model or the new one. You must know that if you want to go for an earlier version than you will save $92.

Not only this, along with the fine display and other things Sony has added a technology where a person can connect with its handset(smartphone) even without touching it, yes it is quite amazing and will also attract people because of this. Also, if you tap on the left side, your most recent apps will be open, it will be amazing than another smartphone because none have added this feature.

It has also one more feature for taking quick shots, you just have to lift your phone up and your camera will be open and you can have good snaps, Again, it’s a great concept but you have to move in a very specific way to make it work and it’s simply easier just to launch the camera app manually.

This phone is full of features and had really great specifications in it. if you will own this phone, the impression would be great on the third person.