Samsung is one of the biggest brands in the consumer market at this time; from phones and tablets, to home appliances and various other consumer products, Samsung is now a mainstay in the electronics market.

However, no company holds the throne for very long and that is where a large Chinese company called Xiaomi is threatening Samsung.

Of all the technologies that managed to make their way into 2018, foldable phones have managed to grab the attention of most consumers. A large tablet that can also fold into a regular phone seems like something that you would otherwise see in futuristic movies.

With the help of leaks and a slew of different mainstream technology journalists, the companies are trying to come up with an innovative solution to foldable phones. Some say that Xiaomi will be going for a threefold tablet, and Samsung will try to link two phones through magnets.

Although both of these companies possess the resources to produce a high-end foldable phone, none of the two were able to make it to the first. A Chinese company named Royole made the first foldable smartphone called the Flexpai.

The race that Samsung is in to release its flexible phone is not to be first in the market, rather the first finished product in the hands of consumers. Other rumors circulating about Samsung’s foldable phone is that the phone will have two displays, a small one in the front of the phone and a large one that you can access after opening the phone like a book.

Samsung and Xiaomi have so far been very discreet about the advancements that they have made in this area, and have yet to make any official announcements in terms of a proper product. That being said, there is no doubt that Samsung and Xiaomi will deliver a product that is finished and consumer ready. Check out the Weibo video Xiaomi co-founder and president Lin Bin shared featuring the folding phone. 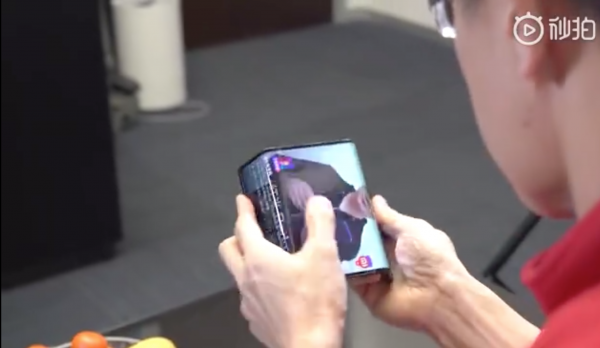