On Tuesday at the company developer conference on stage, the company teased the foldable device concept. Samsung’s new foldable phone has a vertical folding, which allows the display to fold in half. The company said that they had put some thought into the technology by exploring the concept of foldable devices. The Samsung foldable phone could be folded at 90 degrees and also have a built-in stand to make hand-free video clips. 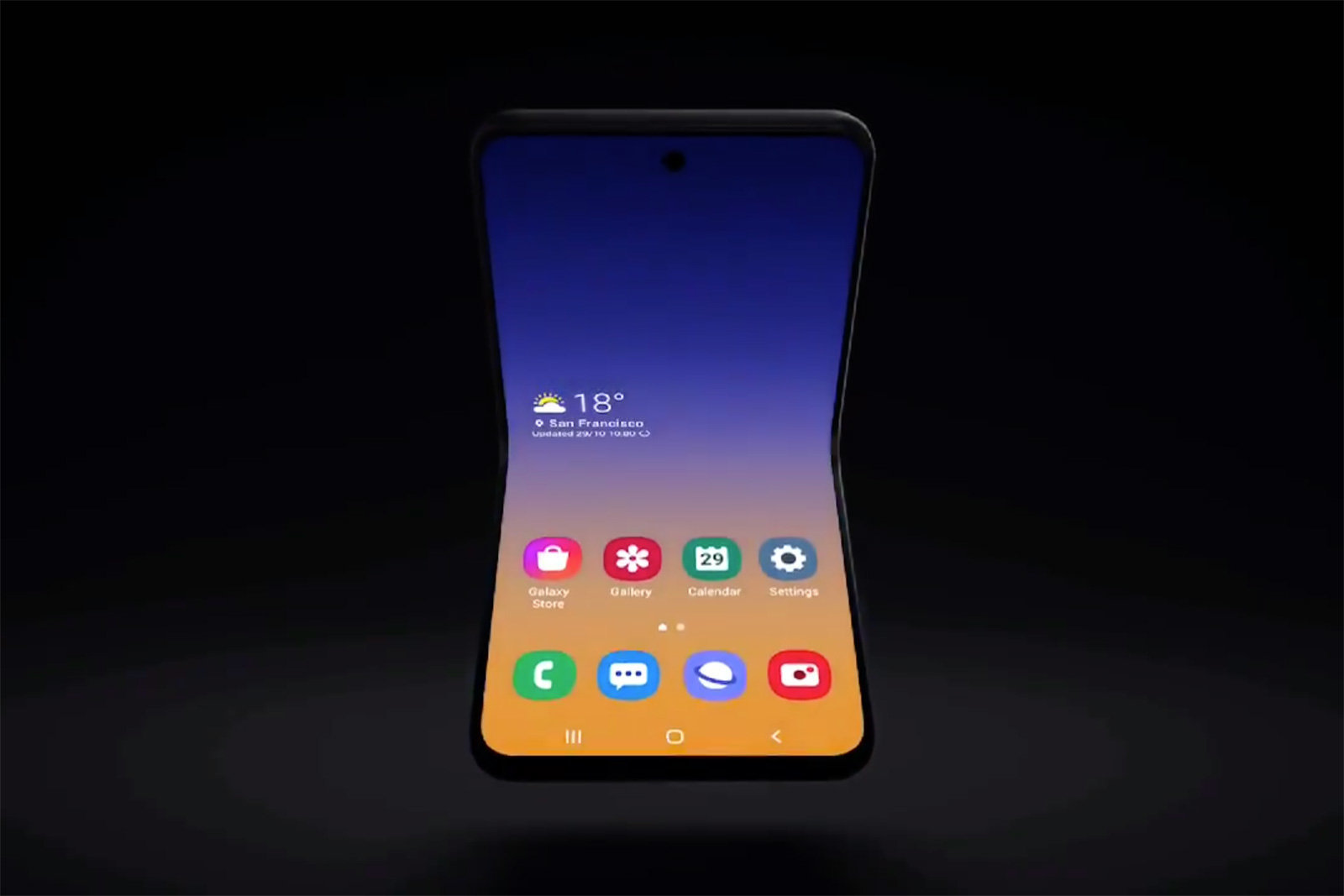 Before the release of the foldable phone, it was confirmed by the Samsung spokesperson that they are working on the making of some advance new foldable factors. Still, in the beginning, Samsung did not provide many details on the concept. After a long delay, Samsung finally teased a new foldable phone with a clamshell form factor at its Samsung Developer Conference on Tuesday.

In the Samsung developer conference, the company showed small footage on the stage for the users. The video showed the transformation of the Galaxy fold; it is a new design that is introduced by the company. The Flip phone opens vertically and expands horizontally, and the fold allows the device to fold in half. The best thing about the foldable phone is that it could easily fit your pocket. The company is working on improving its Android user interface, by the debate of the Galaxy Fold device, the company had makes this clear.

Samsung is now planning to introduce UI 2, and the company is still working on it. The mobile will have a more refined version of the changes that were made this year on Note 10 and S10. UI 2 will provide many best features through the operating system like one-handed use. The future of foldable phones might look like Motorola Razr, but on this, the company did not provide any confirmation.