The new Raspberry Pi is out, and it’s awesome. It’s been upgraded across the board with a faster CPU, more RAM, and better connectivity options. To celebrate the 8th birthday of the Raspberry Pi, the board’s manufacturer is selling the 2GB model for the same price as the 1GB variant.

What is the Raspberry Pi?

Raspberry Pi is a family of single board computers produced by a UK charity called ‘The Raspberry Pi Foundation’. The goal of the product is to spread knowledge of computers and electronics, and to introduce the average person to the art and skill of making things.

The first Raspberry Pi board was released in 2012, and there have been several versions released since then. The Raspberry Pi platform has become an extremely popular way to learn programming skills and digital electronics.

What can the Raspberry Pi 4 do?

These boards are full fledged computer systems that also give you access to 40 GPIO (General Purpose Input/Output) pins that let you interface its linux operating system with the outside world. This allows you to control motors, speakers, lights, fans, or just about anything else and explore the Internet of Things (IoT) (source).

Can the Raspberry Pi 4 replace a Desktop?

The Raspberry Pi has always been a great electronics hobbyist board that happens to double as an abysmally slow desktop PC, but now all that changes. The new Raspberry Pi 4 is actually powerful enough to be used as a basic desktop PC.

In the video above, Christopher Barnatt can be seen putting a Raspberry Pi 4 through its paces on his YouTube channel ‘Explaining Computers’. As he shows, the Raspberry Pi 4 really can be used as a desktop PC, albeit a slightly slower one. This is in contrast to the unusably slow desktop PC experience provided by prior Pi boards (source).

Can the Raspberry Pi 4 run Windows?

Yes, but not the Windows you are going to want to run.

The new single board computer uses a Cortex-A72 CPU that runs at 1.5Ghz. This is a big upgrade from the slower 1.4Ghz Corex-A53 that the last model used. RAM has also been increased. Before, the most RAM you could get on a Pi was 1GB. Now, The Raspberry Pi 4 comes in 1GB, 2GB, and 4GB variants. Not only is there more RAM, but the RAM is faster, as well. The new board uses DDR4 RAM, as opposed to the last Pi’s DDR2.

In the old Raspberry Pi, the ethernet adapter was connected to the system through the USB 2.0 bus, which drastically limited network performance. Now, true gigabit ethernet speeds can be achieved by using a PCI express ethernet controller. This will make the Pi 4 a very popular board to be used as a server or as a network attached storage controller.

The Pi 4 has two USB 3.0 ports and two USB 2.0 ports. There is a USB Type C port for the power adapter. Bluetooth 5.0 is included, and there are two micro-HDMI ports. Each port can handle a 4K display at 60 frames per second. 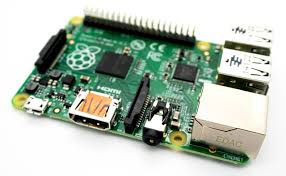