Pinterest has always been praised for how well it’s moderation software works. It relies on modifying the search results in order to hide or oppose material, but it seems to have hit a limit. Security researcher ‘OneZero’ discovered several cases when Pinterest’s moderation was not able to catch some false content or abusive, including sexual photos of young girls, conspiracy theories, and even racist material. The system has been failing because of a loop hole that get past Pinterest’s standard approach to search.

Pinterest’s recommendation and autocomplete systems have been found to potentially steer people toward misleading and racist material. On Pinterest, you can’t search from the homepage if you aren’t logged in, but that can be circumvented by visiting another account’s page. If you use the right Google searches, a ton of content that Pinterest’s filters would otherwise detect can be found.

A Pinterest spokesperson aknowledged that material that violates policy would ‘sometimes appear’ in results, even if total removal of the content was requested. Pinterest continued to emphasize that it blocks search results, and went on to explain it ‘encourage[s]’ people toward content and also takes advice from ‘outside experts.’ The spokesperson added that Pinterest didn’t want to be the ‘go-to place’ for politics. And they expressed that they really working hard to try and curb ‘adversarial behavior.’

Pinterest’s approach is totally different to that of Twitter and Facebook. Those companies usually remove the offending content all together rather than just hide searches. They do, however, have their fair share of problems as well, though, including the fact that it’s easier to search for offending material. Continued moderation seems to be a real difficulty for several social networks. 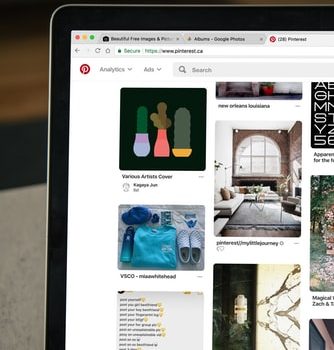